The article deals with the development of Catholic thought on public finance over the nineteenth century. Before 1848, fiscal justice had been the focus of interest, being an element of a reformist programme to be implemented in the Italian states and especially in Rome. Here the relevant authors are Rosmini, Morichini, and, with reference to his early writings only, Taparelli d'Azeglio. But from its inception in 1850 the chief theme of the journal Civiltà cattolica was the rapacity of liberal governments. A comparison was regularly drawn between existing liberal states - first Piedmont and then Italy - and an ideal model of Catholic state. The former exacted exorbitant taxes on citizens because of their inherent contradictions, whereas in the latter taxes were much lighter as a consequence of rulers' unsalaried work, a decentralized administration, and financial support from private charities. The review's polemic rested on Taparelli's comprehensive theoretical analysis, within which a novel vision of public finance resulted from an original appraisal of politics and society. 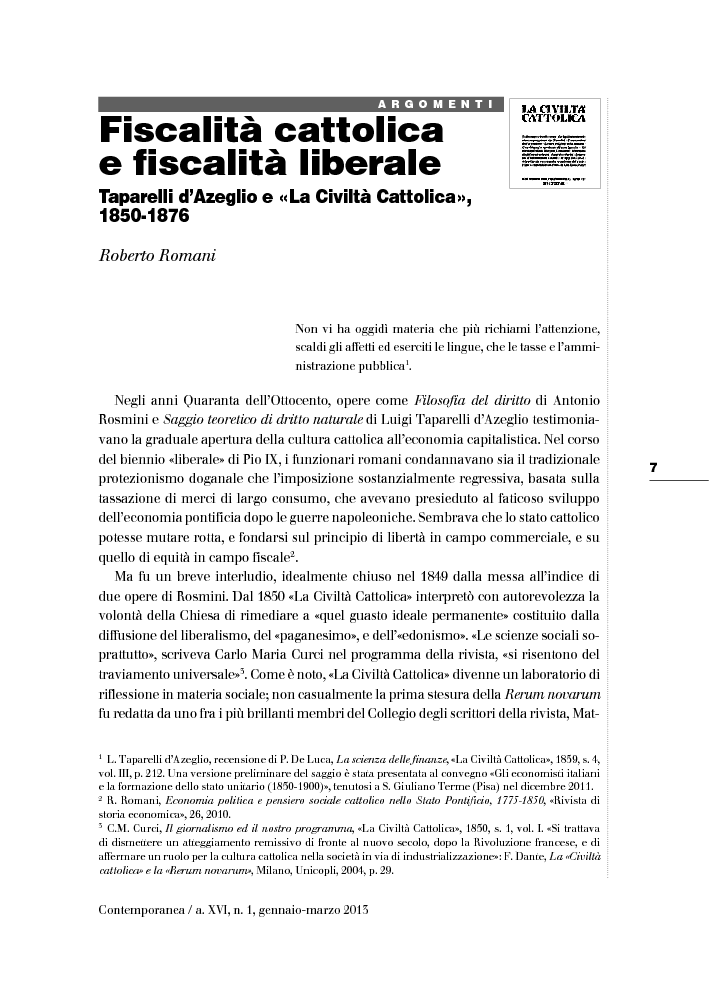