After the invasion of Yugoslavia, the already existing Province of Carnaro, whose centre was the city of Fiume, expanded largely towards the hinterland and the adjacent islands. Croats and Slovenians - about the 95% of local population - were targeted by policies aimed at «italianizing» them, as it was already happening in the old territories of the province and in the region of Istria. Local cells of the Yugoslavian communist party rode the discontent of Croats and Slovenians and began the partisan war against the occupiers. Italian civil authorities, led by the prefect Temistocle Testa, retaliated against civilians. The violence on civilians rapidly increased, and Testa established a temporary concentration camp for the families of the partisans, ordered the destruction of their homes and the seizure of their properties, and decreed the shooting of hostages. This policy culminated with the massacre of Podhum, in summer 1942. The article aims at examining the nature of the Italian policy of terror, and it draws on the documents held in the archives of former Yugoslavia, in order to introduce a new perspective in the scholarly debate about the Italian occupation of Yugoslavia. 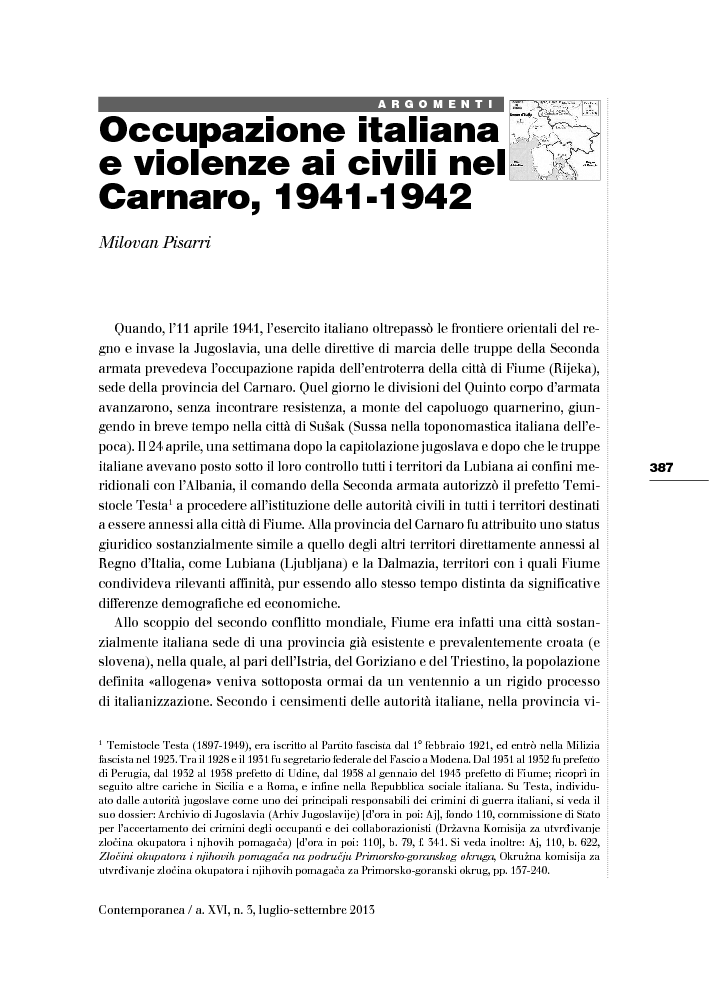