This article explores the post-imperial thought of three British liberal internationalists and analyses their reactions to the political crises of the 1930s. It reassesses the history of international relations by overcoming the "idealism-realism" dichotomy, and by reconsidering the role of empire in liberal thought. The essay focuses on Alfred E. Zimmern, John A. Hobson and Henry N. Brailsford, three leading thinkers who embodied different factions within British liberalism writ large. In the first part of the article the author looks at their interpretation of global economics, international law and world government, and shows that "empire" was a component of - rather than an obstacle to - their new internationalist order. In the second part, it is analysed their reactions to two international crises: Manchuria (1931) and Abyssinia (1935). Drawing on archival sources, as well as newspaper articles, this article adds nuance to our understanding of the continuities and contradictions in international thought, and reveals the discrepancies between theoretical arguments and reactions to current affairs. It would suggest that in the 1930s liberal internationalism unconsciously promoted a biased, anti-democratic concept of international leadership, assimilating some of the practices of imperialism that these thinkers condemned. 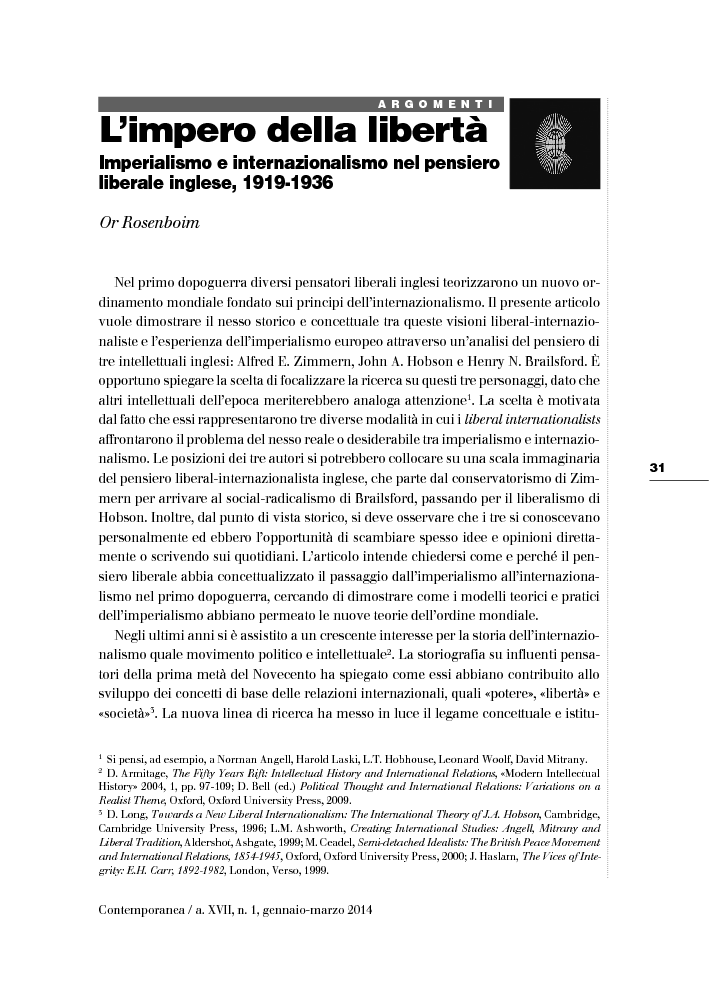