Patriot banquets, a massive phenomenon in revolutionary France, obtained an appre.ciable diffusion south of the Alps and emerged as an instrument to promote fraternity among the citizens. On the basis of a wide range of sources, the article reconstructs the genesis and the circulation of a particular kind of banquets in Emilia and Romagna in 1797-1798. These banquets, where the poor sit at the table next to their benefactors, were an original creation of local Jacobins and arouse enthusiastic feelings in the participants. Commenting on them, patriots express different opinions: the constitutionalist Compagnoni criticized them as an unrealistic attempt to resolve the social question; others, like Massa, emphasized their role in producing consensus and in marking the difference between the new and the ancient regime. The definition of the religious phenomenon formulated by Albert Mathiez in his study on French revolutionary cults allows us to read these ritual occasions as germinal moments of a revolutionary faith. Besides, these banquets are a testimony of the effort made during the Triennium to develop an original Italian way to revolution, not passively copied from the French model. 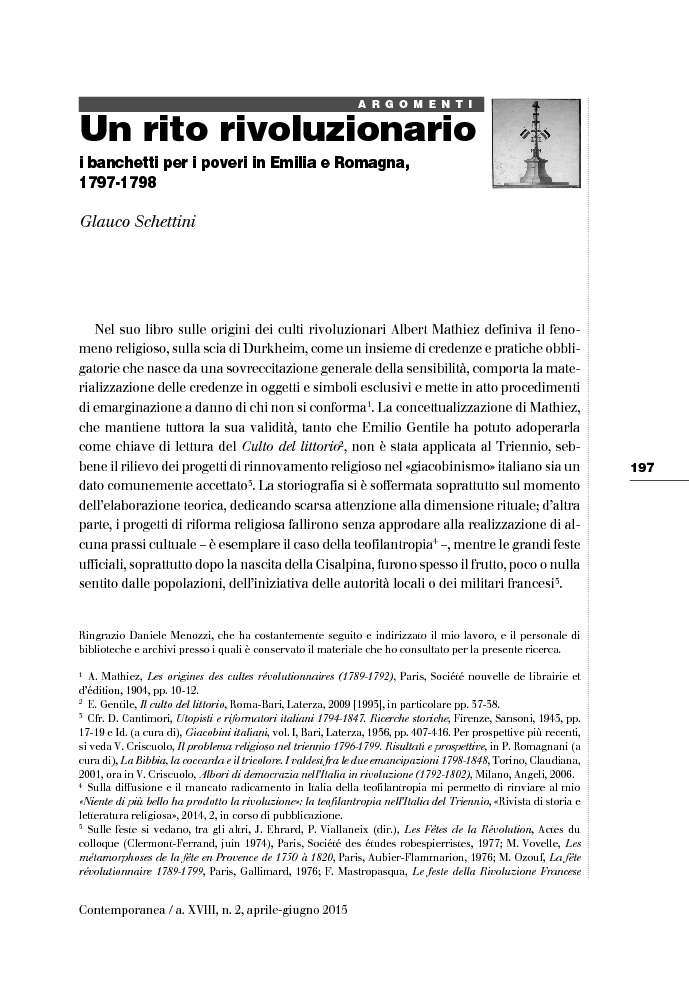