The article focuses on The Iron Centuria, a historical book series published by Oberdan Zucchi in Milan between 1935 and 1942. A paradigm of the Fascist militarization of culture in the Thirties, this series aspired to be a quick and easy historical reference that contributes to the legitimization of Italy's Fascist wars. A hundred short biographies, exemplary for language and ideological contents, grouped in ten «squadrons», represented Fascism as the culmination of a secular development and affirmation of Italian patriotism. From the Risorgimento to the Great War, these one hundred «precursors» were described as archetypes of military virtue, sense of the State, heroism, vocation to the martyrdom, and ingeniousness in the field of the science, art and literature. Among various expressions of culture and popular propaganda, The Iron Centuria is notable as a useful tool for exploring lexical codes, themes, narratives and uses of the historical past during a crucial phase of the fascist regime. 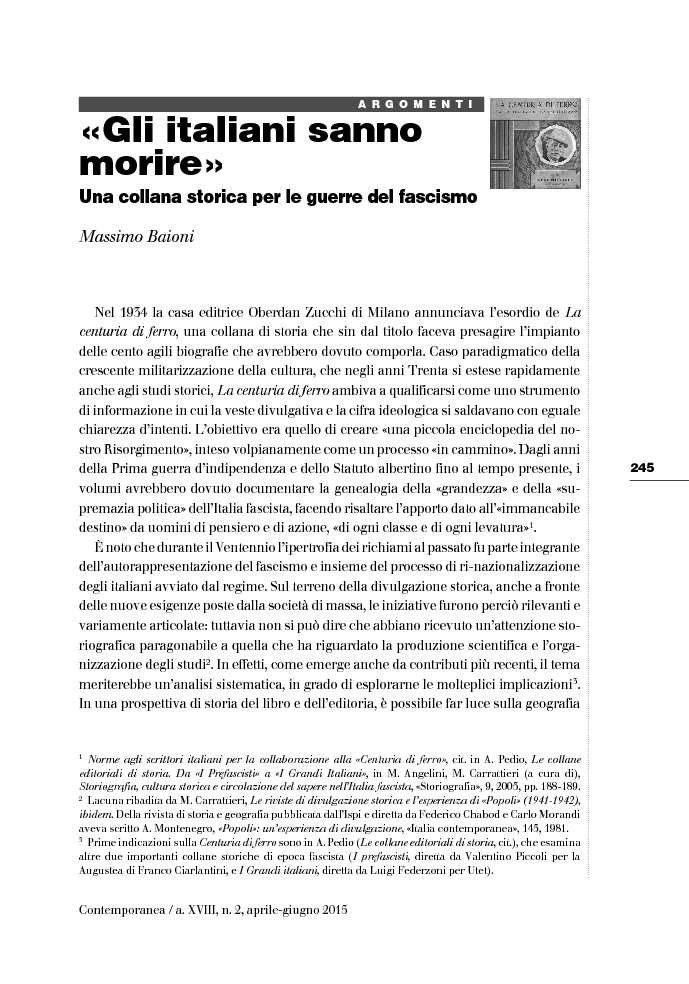