The article analyses the history the Ente nazionale artigianato e piccole industrie (Public agency for handicraft and small industries, Enapi), in the light of the political, administrative and economic changes of the Seventies, when many public agencies transferred their functions to the regional governments. In the first part of the article, drawing on the existing literature, the author examines the relationship between the establishment of the regional governments and the abolition of the so-called «useless public agencies». She points out that the changes occurred in the administration of the territory were linked to the emergence of a new political balance between the two most important parties of the period, the Christian Democracy and the Italian Communist Party. Furthermore, she highlights the re-surfacing importance of the middle classes in that political competition. The second part focuses on the decentralization of the functions from Enapi to the government of Puglia, an Italian Region in southern Italy. The case study brings to light both the inadequacy of the regional policy to face up to the issues of artisans and small entrepreneurs, and the adoption by the regional government of the same administrative model of the state. 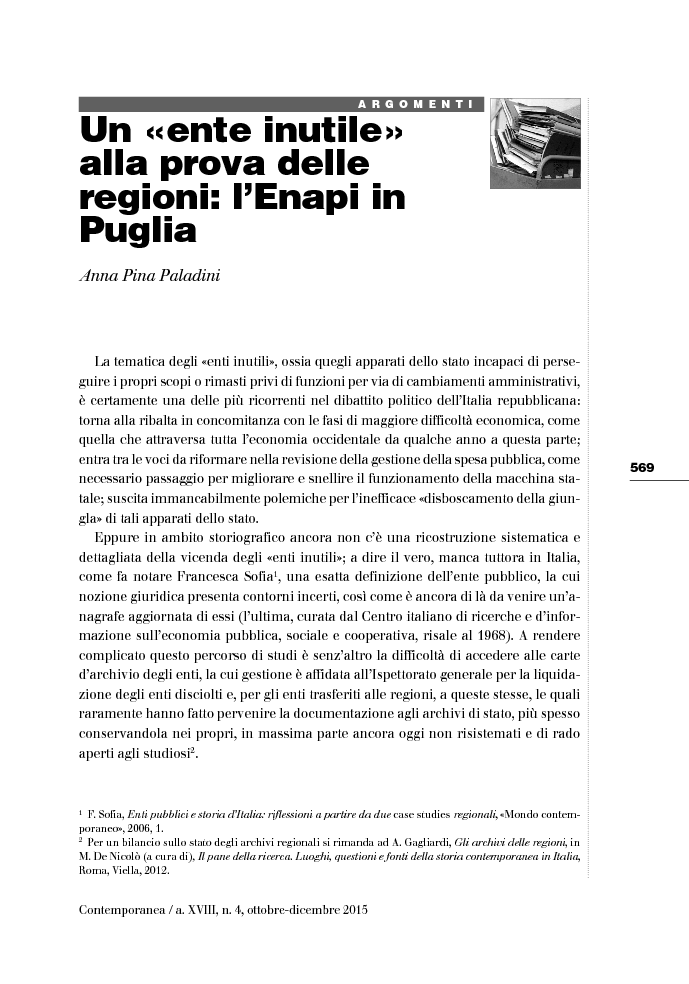