Since the 1880s peasant migration to Asiatic Russia became a state policy, regarded as a strategic component of empire building. Resettlement was considered a means to «make the periphery closer» to the center. In its most practical form, it meant to explore the territory and its inhabitants, survey land use, establish boundaries and assign some kind of landownership to the autochthonous population and incoming colonists. Confirming land rights ("zemleustroistvo") was conceived as the extension of a superior imperial citizenship ("grazhdanstvennost'") to outer regions. This essay examines these procedures and their cultural-political motivations in order to highlight the way the Tsarist decision makers understood the periphery's inclusion in the space of state. It challenges the view of a coherent, gradually implemented project of assimilation (a single imperial or national project) and stresses instead complexity, ambivalence, and contradictions. By the eve of the World War I, despite significant investments and productive growth, the Tsarist policy faced a legal crisis. The state proved unable to decide which form of land rights corresponded to the inclusion of Siberia in the imperial polity. 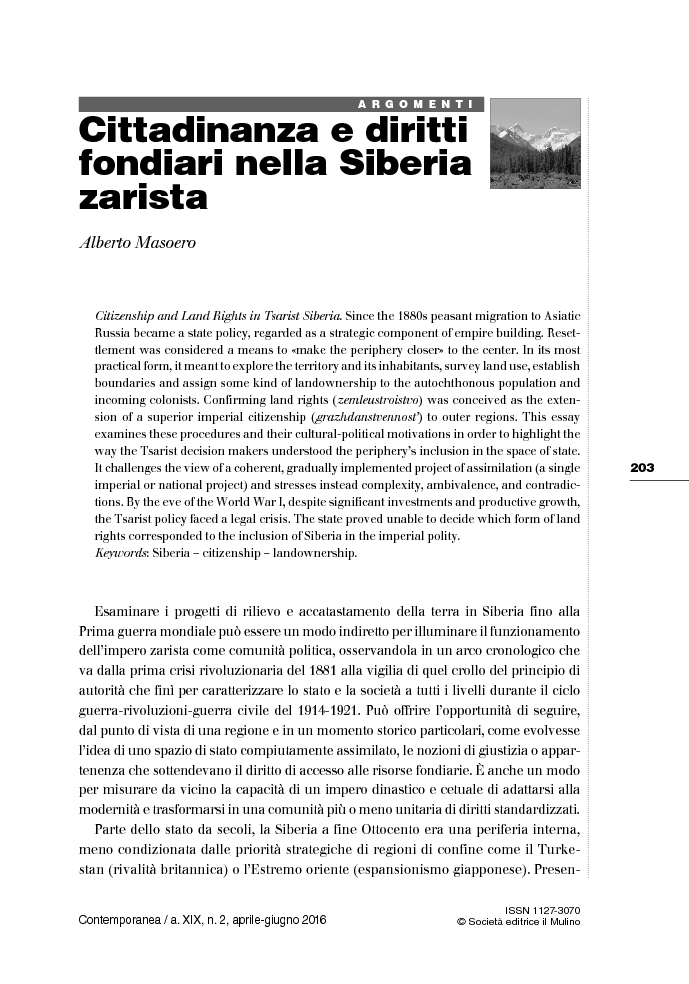