Between 1975 and 1981 the Italian Communist Party considerably expanded its network of party schools with the intention to reinforce the training of officials, cadres and public administrators. In that period, the party schools represented not only places of political professionalization and cultural integration, but also environments of identity construction and personal growth. This paper analyses some aspects of communist education during the Seventies, with a particular focus on the party schools students' subjective experiences. Didactic sources and students' or teachers' compositions, able to examine the skills transmitted and acquired and the identities developed by cadres and officials, have been taken into account. In the relationship between politics and emotions, between collective training and individual maturation and between public and private, indeed, it is possible to understand the development of the communist educational policy, and the cultural narrative of the party's pedagogy. 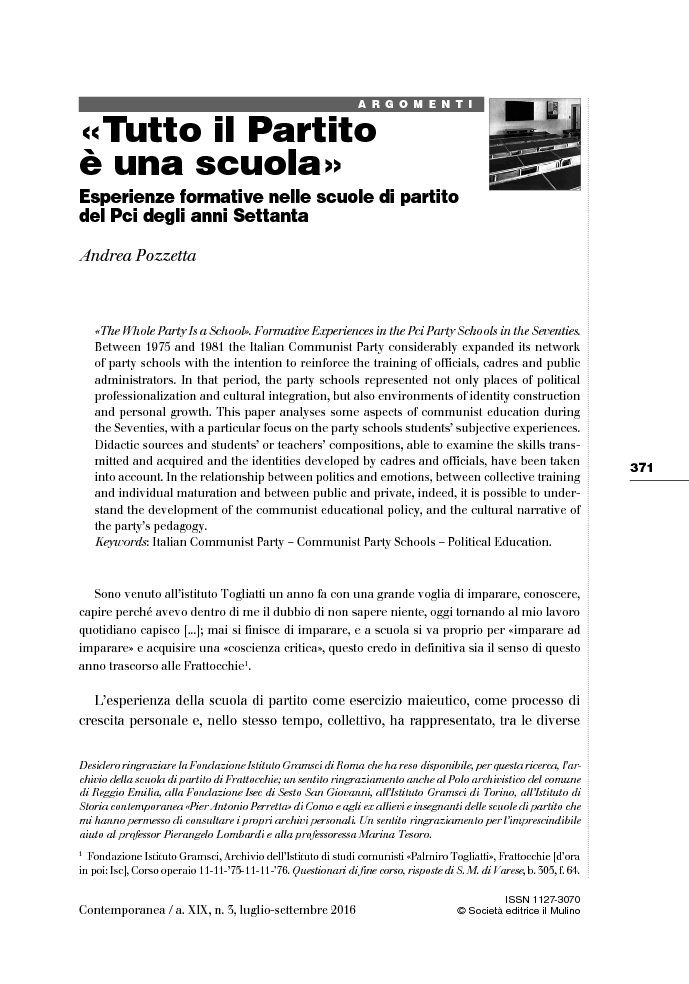