This article discusses the development of Latin eugenics in Europe between 1910s and 1930s, with a special focus on France, Belgium, Italy, Spain and Romania. During this period, Latin eugenics offered a progressive programme of social and medical reform, alongside pronatalist campaigns to educate the population about the importance of large and healthy families. Latin eugenics was premised on a number of theories and ideas developed since the early 1900s, particularly in France and Italy, including "puériculture" and biotypology, and on its opposition to birth control, compulsory sterilization and Nazi racism. Considering the current revival in eugenic studies across Europe and elsewhere it is important to engage with other eugenic traditions than the ones recurrently invoked in the scholarship. The history of Latin eugenics in Europe provides a much needed revision of conventional interpretations of eugenics that focused predominantly on Anglo-American and German experiences. 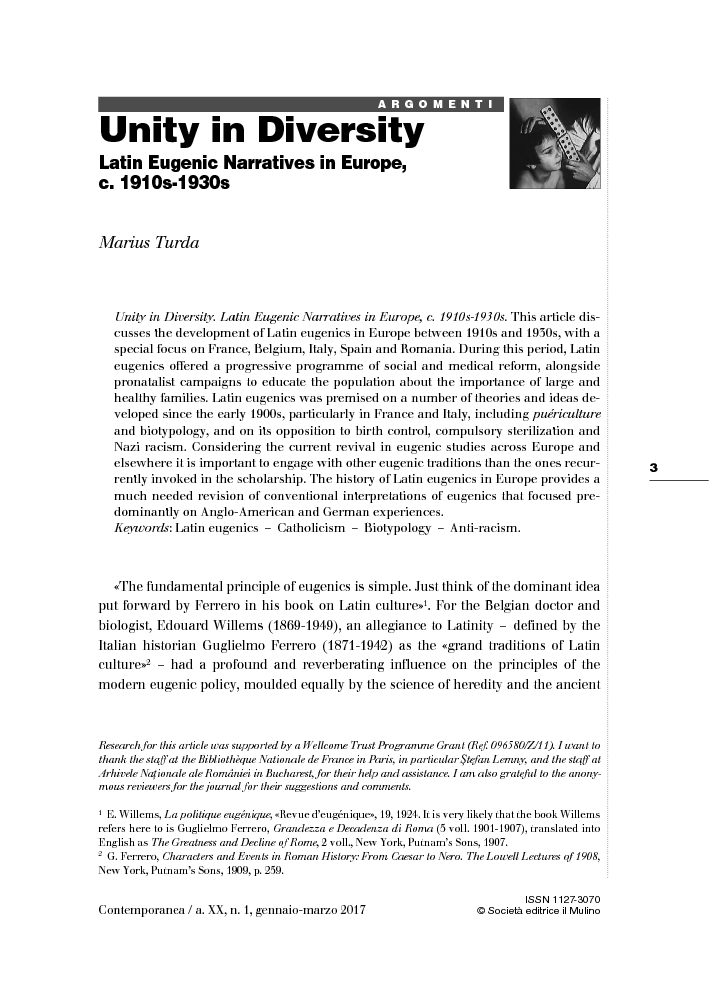