This paper seeks to embed into a broader narrative on the political thought of the West German student movement a reading of Schmid's 1975 text in «Autonomie», which synthesized the SDS anti-authoritarians' tradition of a politicized critique of late capitalism with the autonomist impulse in Italian "operaismo". It is argued that in holding out the promise of revolutionary practice in the absence of revolutionary organization, Schmid displaced the very notion of revolutionary practice from the system to the subject level - an issue raised by Kraushaar's 1978 critique of a «ghettoized» milieu consumed by the «radicalization of its own life context». The trans-localization of the alternative milieu, particularly in the form of Green Lists and «die tageszeitung», was subsequently justified by milieu actors as a breakout from the ghetto, but would in turn undermine the milieu's autonomist foundations. Ultimately, Kraushaar's conundrum of «autonomy or ghetto» remained unresolved - reflecting the extra-parliamentary left's inability to integrate strategies of milieu and offensive into a unifying strategy, as Dutschke's 1967 essay "The Long March" had enjoined it to do; the Greens' subsequent entry into parliaments was an expression of the abandonment, not the beginning, of a «long march through the institutions». 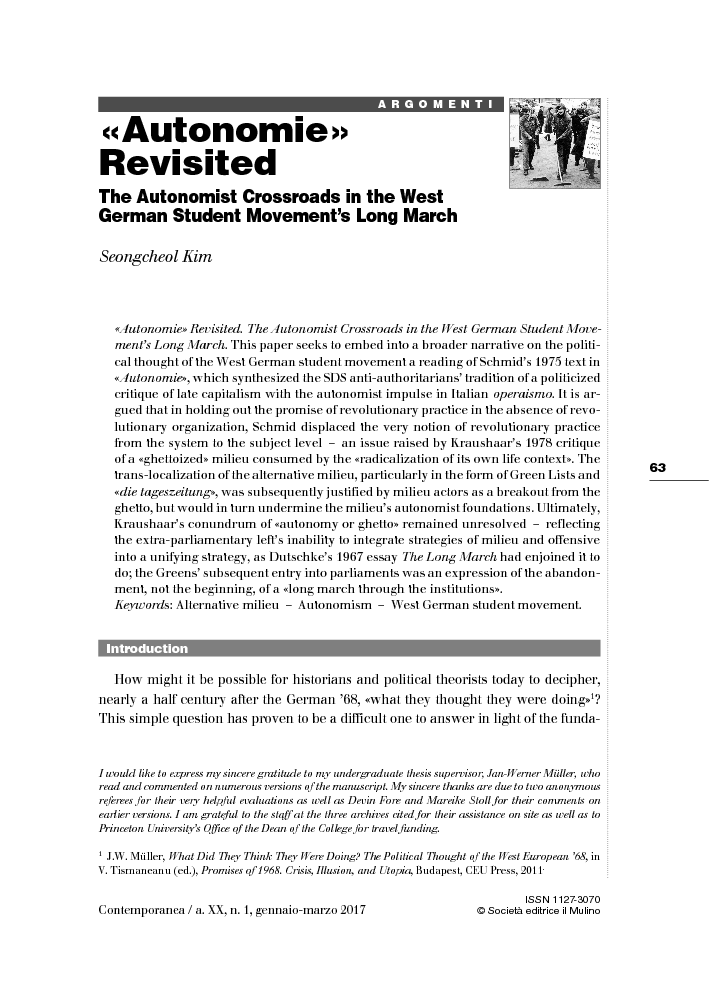