From the establishment of the Missione archeologica di Creta (1899) to the first exploration of the Cyrenaica (1910), the Italian archaeologists in the Aegean developed discourses about their profession, which contributed to the construction of a specific national and imperial imagery. Actually the archaeological diggings helped at one hand to trace their own superiority on the Cretan scholars and population, at the other to measure their Europeness in relation to their foreign colleagues. Defenders of the national prestige, the archaeologists were represented - and represented themselves - as promoters of a civilization narrative interwoven with identitary meanings. In this sense, they became powerful agents in the national imperialist discourse. By analysing firstly the subjective reasons, which led this narrow group of scholars to share extreme living and working conditions, this essay explores the symbolic ad cultural meanings of archaeology in the Mediterranean, the individual and collective senses of belonging shaped by the antiquities, the representations and self-representations created by the traces of the past. 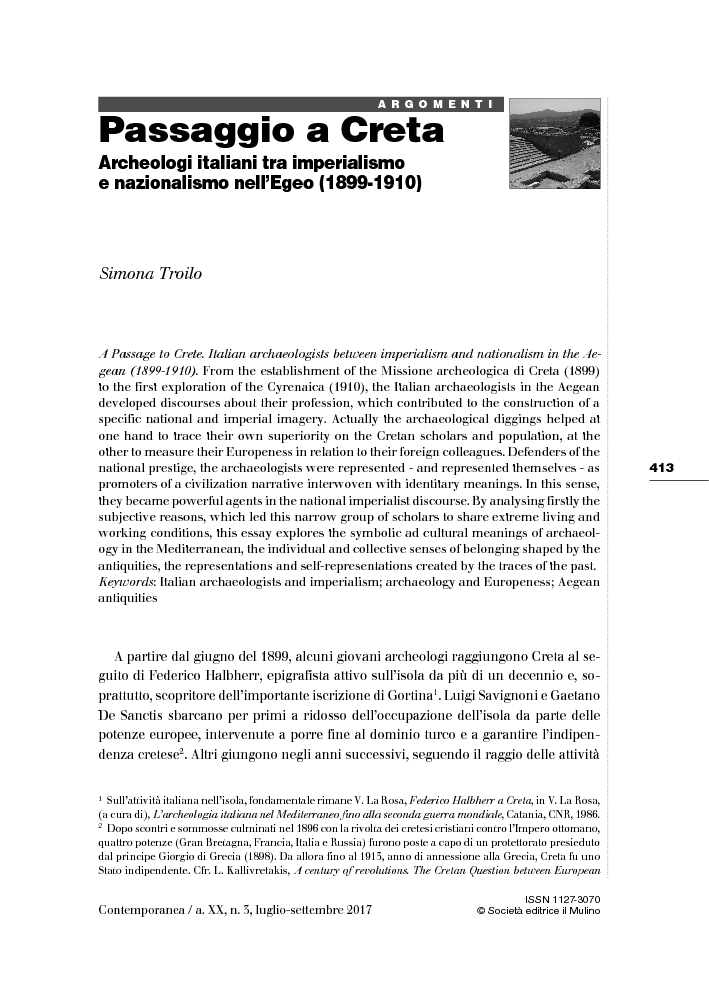