In 1861 navigation was a vital economic and also a strategical resource of the newly-unified Italy. The Italian contemporary maritime historiography is very wide; nevertheless, the question of ports, considered as a whole, and in particular the issue of ports policy throughout the Liberal Age, have been completely neglected. With regard to the latter, given the lack of updated studies, the strongly negative interpretation expressed in the 1920s by the economist Epicarmo Corbino still remains the only starting point for a critical analysis. An extensive use, in addition to other sources, of the results of the international maritime historiography allows framing both issues within broader coordinates and better assess the specifics. The essay, after mentioning the impact of steam navigation in the framework of the first globalization, focuses on the condition of Italian ports from Unification to the eve of the Great War, also in comparison with that of other Euro-Mediterranean maritime countries. Thereafter, always with comparative references, the Author discusses the subsequent stages of the ports policy, proposing a reappraise of its criteria and effects. 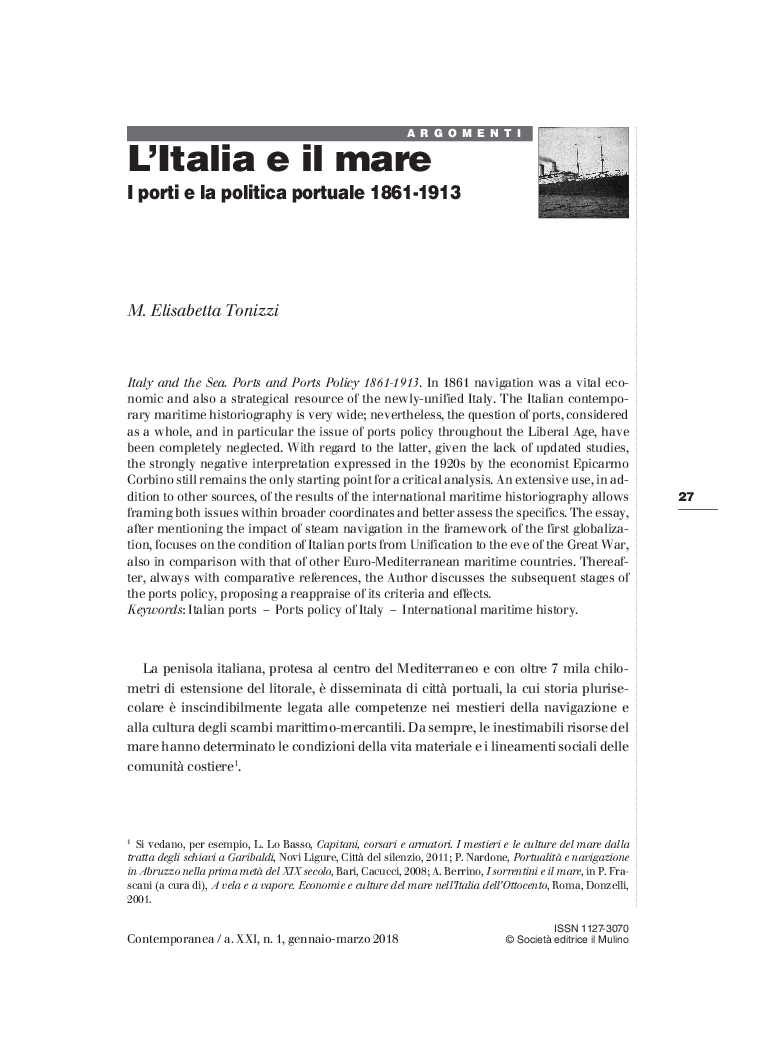