As the mid-nineteenth century "transportation revolution" reshaped the Atlantic word, its impact reached Italian shores. Transatlantic steamship projects in the Kingdom of Sardinia were part of that transformation; they also reflected and reinforced a new, positive attitude toward the Americas and, specifically, the United States. Especially after 1848, this Atlantic reorientation of mental maps inside and outside political and economic circles in Turin and Genoa illustrated how the integration in the Atlantic space came to be seen as an opportunity in the pursuit of economic modernization and national unification. Finally, the tangle of interests and values surrounding transatlantic steamship navigation ultimately intersected with the Risorgimento in two major ways. First, thinking of "America" as an opportunity helped shape an idea of national identity based on exchange, more than antagonism, with the other. Second, transatlantic steamship, which was often see as an extension of the railway network, became part of the material process of nation building. The fiasco of the Compagnia Transatlantica (1852) exemplifies some of the discursive elements and structural limitations of Italian modernization. 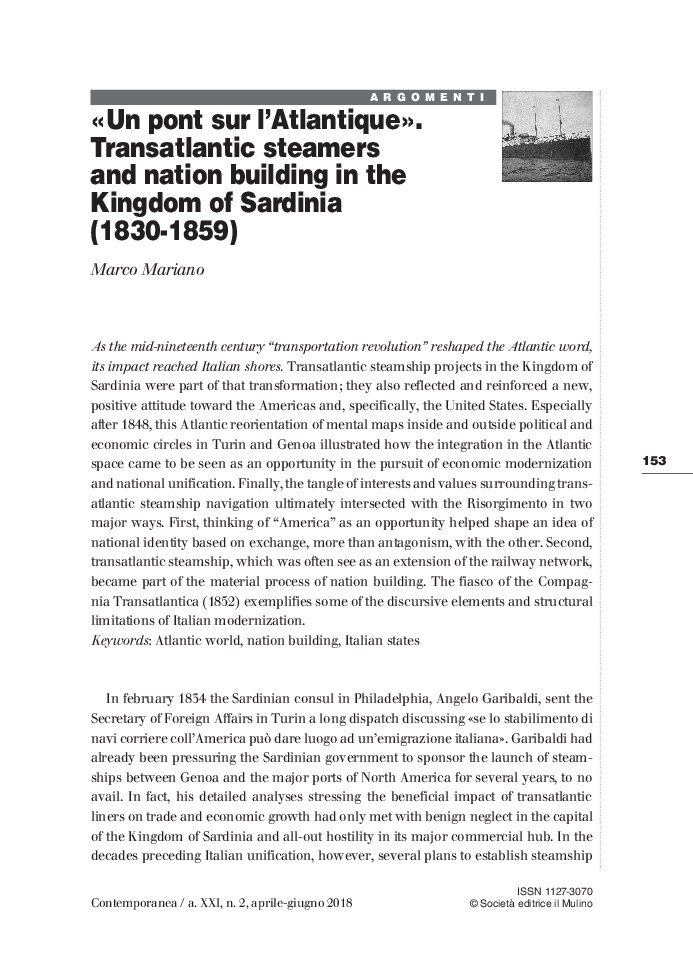