In the vocabulary of Italian colonialism, the «meticcio» (pl. «meticci») or «halfcastes» was a child born of intimate relationships that were usually between a white man and a black woman. The Italian-Somalis were educated according to the Italian culture as well as language and were baptized by Roman Catholic priests. In close continuity with the colonial past, the Italian Trust Administration of Somalia deliberately conducted ed during the 1960s a policy of assimilation and Italianization of many Italian-Somalis thanks to the precious collaboration of the apostolic Vicariate in Mogadishu. When Somalia became independent on July 1, 1960, the new legislation didn't easily acknowledge the Somali citizenship to the Italian-Somalis. Many of them decided to left the country and other, very young, were brought to Italy as statelessness people. The Italian-Somalis were associated by the Somalis with the former white colonizers for being Christian, culturally Italian and too lightskinned, while once in Italy they were considered by Italians as no different from other Africans, for being too dark and not quite culturally Italian in contradiction with their history of forced Italianization. 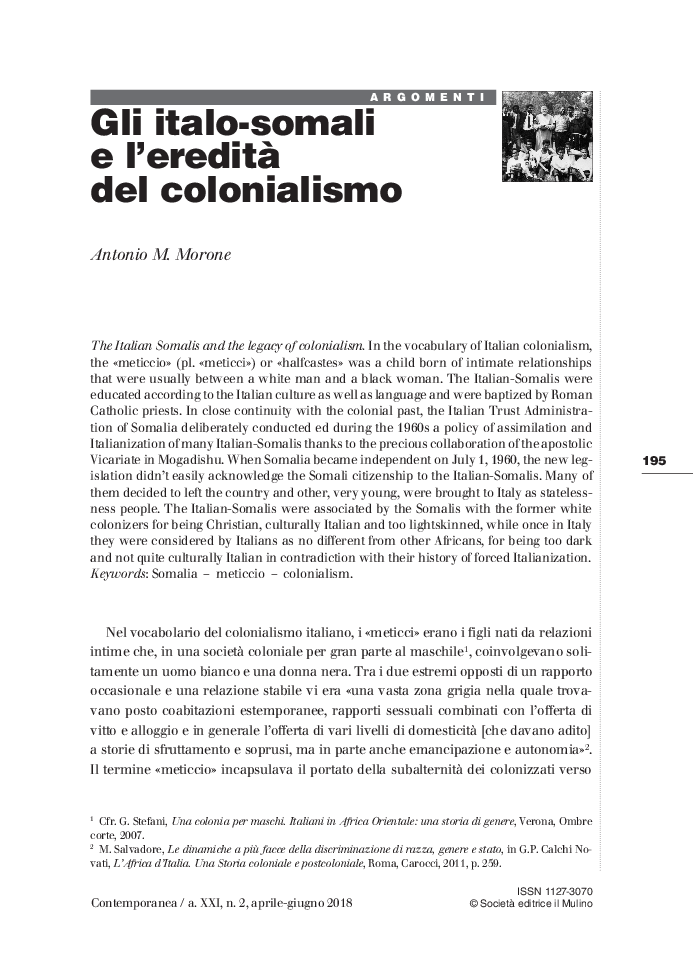