The article revisits the course of events of Monfalcone ("shipyard") workers counter-exodus, sifting a time period spanning from 1946 to early 50's. After exposing factual circumstances, the main aspects of this event are considered, focussing on the arrival of Mon¬falcone shipyard workers into Tito's Yugoslavia, with particular reference to the realities of Fiume and Pola. Together with the cases of "Monfalconesi", the course is shapedof some other Italian communists who migrated to Yugoslavia with goodwill, in order to actively participate in the construction of a socialist country society. In June 1948 the Cominform resolution splitted the Communist movement. As did the large majority of Italian communists, the uttermost part of Monfalcone workers stood in favour of the document from the Informbiro. They faced the repression by the Udba, Tito's political police; they were arrested and sentenced to serve into Tito camps, especially in GoliOtok. Finally the article deals with the "Monfalconesi" comeback to Italy, where they suffered, as defeated, the con-sequences of their choice, with regards both to nationalist and reactionary right forces, and to communist party former comrades, who, after a while, understood their discontent and allowed them to resume their political activities in the Pci. 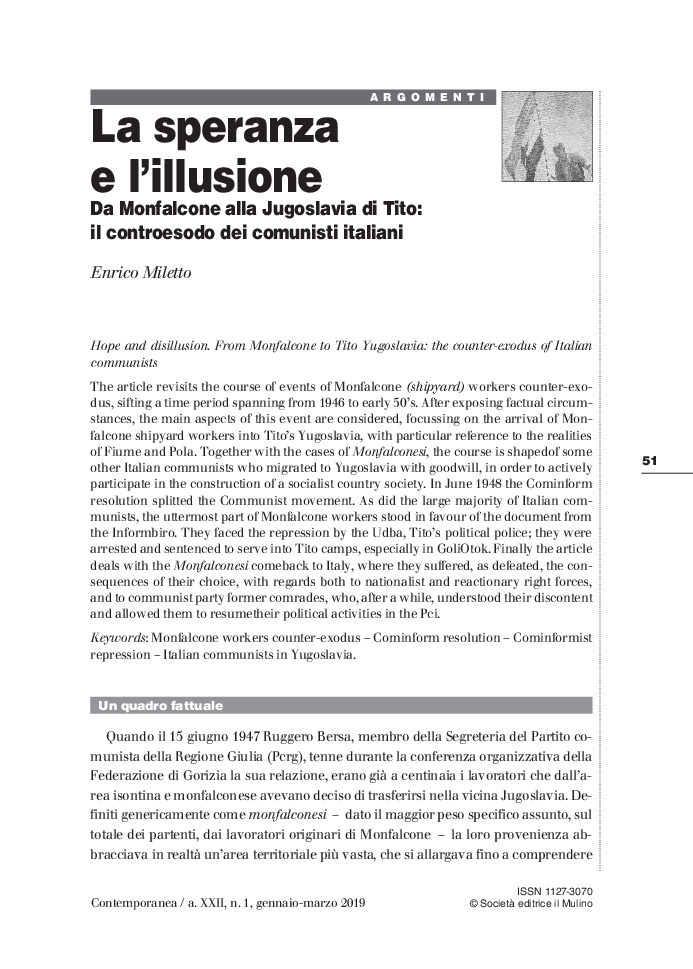