The basic institutions of the modern age, i.e. the State and democracy, are undoubtedly European artifacts. They are products of the evolution of the modern nation state, over the last centuries, and they have somehow made their way throughout the globe in a process that included conquest and submission. In the context of our current rejection of eurocentric views (and of the anthropological asymmetry that acompanied it), we could argue that non-European experiences can provide equally valuable alternative models for government. This is especially important as the western notions of state and democracy are undergoing phenomena of crisis; traditional state institutions face a quest for pluralism, while citizens exercise pressure that challenges representative democracy. The author believes that the issue demands deeper research; quite paradoxically, he argues, in the last half century, non-European nations relied on tried and tested forms of western stateness for their modern development, while Europeans looked at an even more ancient past, at time a medieval past, rather than to the outside world as a source of inspiration for reform. 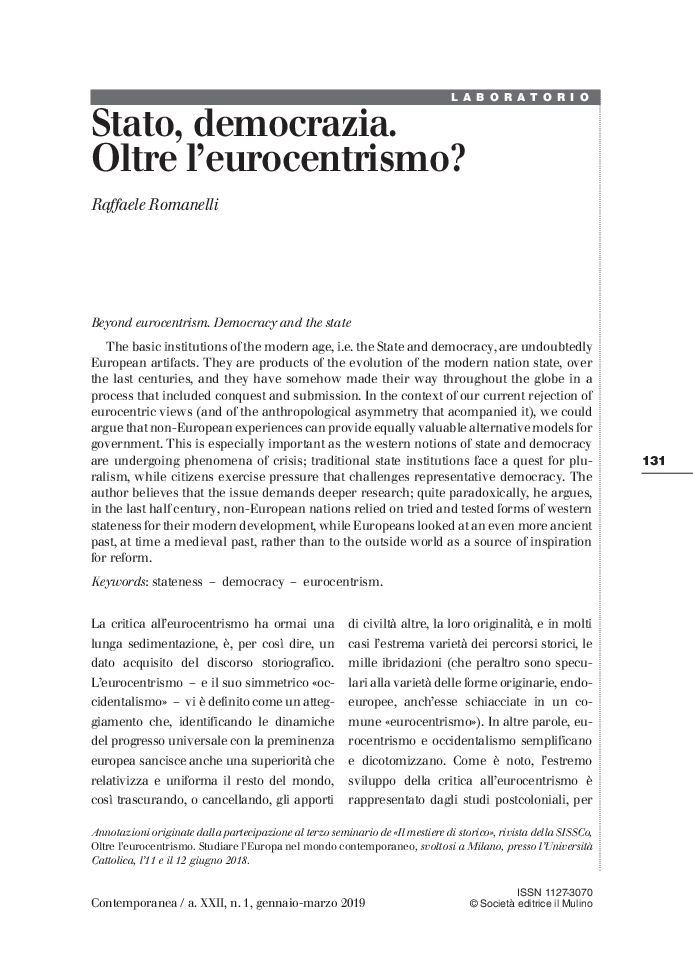