As recognized by Jacob Katz and George L. Mosse, Jewish emancipation promoted the earliest secularization of Judaism, which encouraged the emergence of a new love for Zion, secular rather than religious, which particularly expressed itself in modern Hebrew literature. However, at the beginning of the 1880s this secularization was cut short: it clashed with antisemitism. Due to the interaction between antisemitism and secularization, the goals of the Jewish Enlightenment were reversed. Thus, some Jewish writers sought a new synthesis, using the secular love for Zion. In this way, the Jewish utopian genre appeared. I will take as an example the cases of the first two German-Jewish utopias: Ein Zukunftsbild (1885) by Edmund Eisler, and Das Reich Judäa im Jahre 6000 (1893) by Max Osterberg. Their novels marked a turning point from the literary Love for Zion to the political Return to Zion and thus confirmed the Zionist debt with the modern Hebrew literature which provided the future Zionist élites with words, images, and secularized concepts from the perspective of which these utopias were then rediscovered and interpreted. 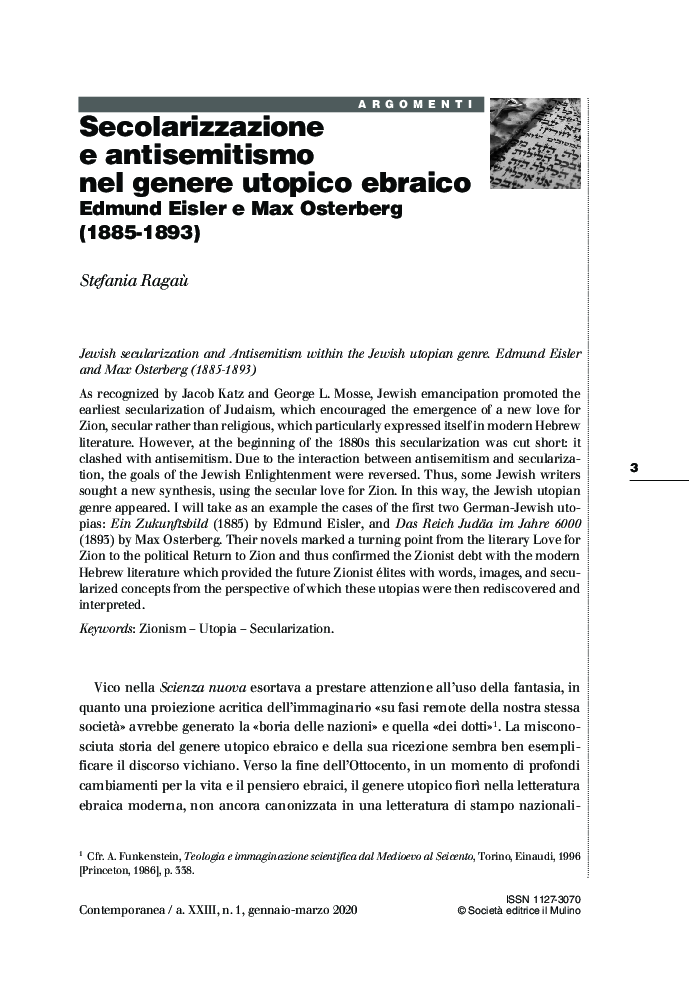