The pan-African participation in the Spanish Civil War – intended as the documented presence, within the International Brigades, of African-American, Afro-Latino, Afro-Caribbean and African volunteers – was both a reaction to the Italian invasion of Ethiopia (a major Black nationalist symbol) and an important passage in the construction of a global antifascist «united front». Under such circumstances, the encounter between these volunteers and the Moroccan soldiers conscripted into the Francoist Army of Africa became the hearth of some of the contemporary analysis carried out on the Spanish experience. Through the consideration of the readings proposed by black activists and intellectuals such as Langston Hughes, Claude McKay and George Padmore, this work attempts to render the heterogeneity of the articulations of antifascism, anticolonialism and anti-imperialism that were emerging in the Diasporic political space of the 1930s. 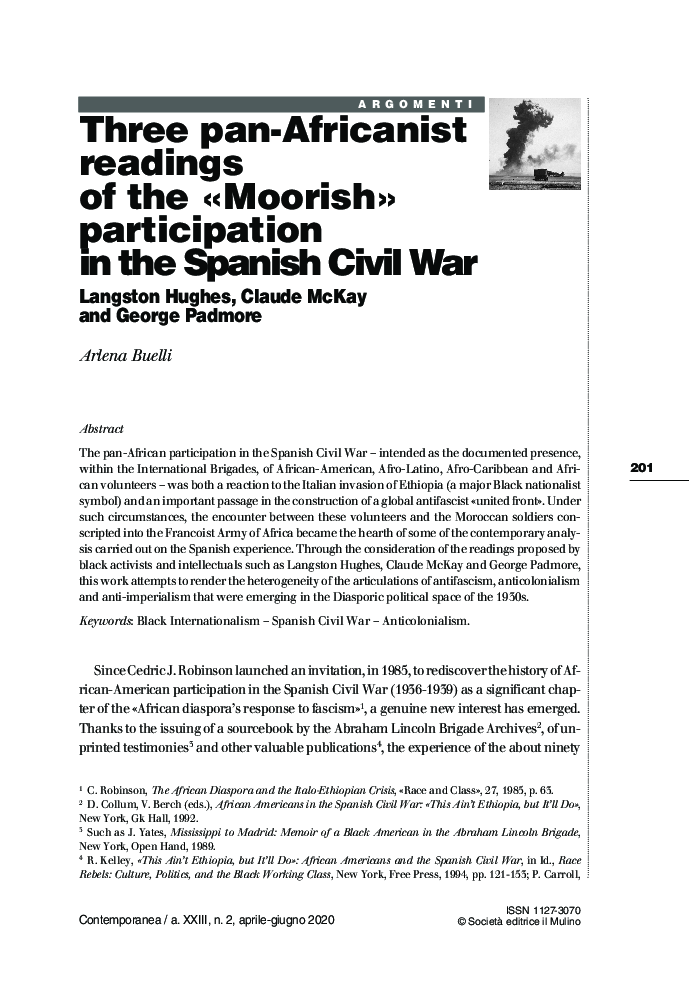