Conspiracy theories represent an insidious threat for the historical profession, as their narratives often provide a falsified account of historical facts. The episode concerning American historian Carroll Quigley (1910-1977) is emblematic. Quigley was the author of a documented piece of research about a network of intellectuals, politicians and businessmen who played an active role, in the first half of the Twentieth century, in strengthening ties between Great Britain and the United States. Some members of the American radical right – especially within the John Birch Society, a propaganda organization very active in the 1960s – appropriated his work by distorting its meaning, and made use of it as a source of their conspiracy theories. After this intellectual fraud, Quigley was recruited, in spite of his protests, as an authoritative academic voice in support of an anti-globalist and anti-elitist crusade that is as vibrant today as it was half a century ago. Such an episode testifies to the usefulness of studying the historical roots of conspiracy theories as a premise for their necessary demystification. 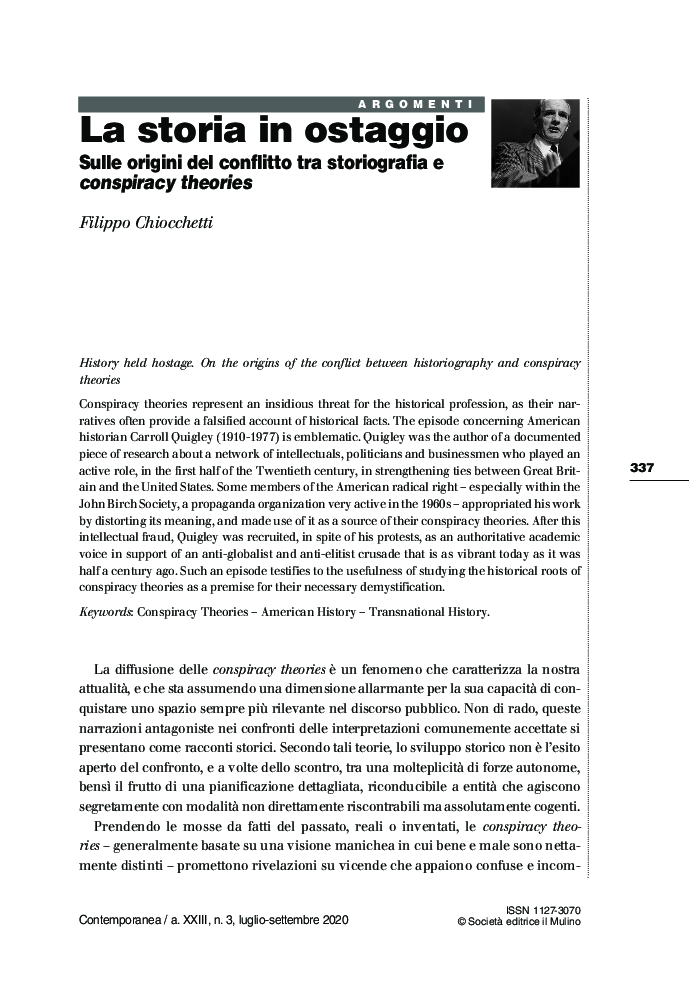