The purpose of this article is to analyze the characteristics, the extent and the quality of the scientific-technical espionage of the East German Ministry for State Security (Stasi) towards Italy between the beginning of the Seventies and the end of the Eighties. It begins with a quick review of the literature on the topics regarding the significance of economic relationships and technology transfer between East and West in Europe, and then shifts to the analisys of the documentation with reference to Italy produced by the Stasi’s Sector for Science and Technology, the Main Department XVIII and the Ministry for Commercial Coordination, the three main actors in the technology transfer from the West to the East. The fundamental question is whether, to what extent and with what success the activity of the aforesaid departments has gone to try to solve the shortcomings of the planned economy and the technological backwardness by means of improving the technical-scientific collaboration between the two countries, inaugurated in the early Seventies and repeatedly encouraged by their respective governments until the end of the Eighties, and to what extent this activity was triggered and favoured by the strategical needs of the Soviet Union during and beyond détente. 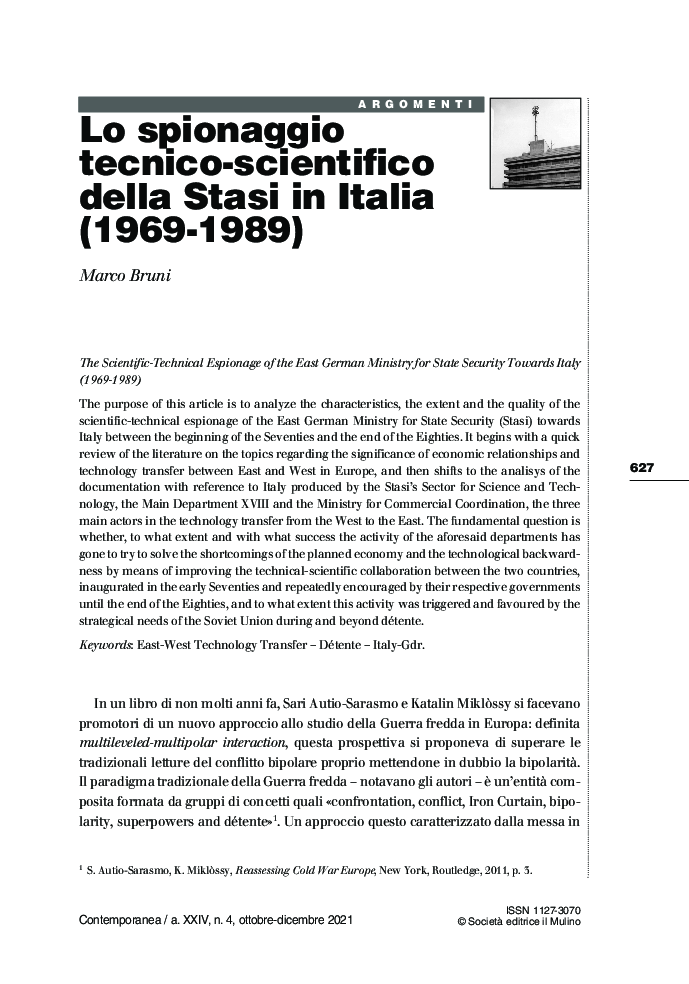