In a long review of Acemoglu and Robinson’s 2019 The Narrow Corridor McCloskey praises their scholarship but criticizes their relentless statism – their enthusiasm for a bigger and bigger Stato, so long as it is somehow «caged». Their case is mechanical, materialist, and structuralist, none of which is a good guide to history or politics. Their theory of social causation mixes up necessary with sufficient conditions, though they are not unusual among political scientists and economists in doing so. They downplay the role of ideas, which after all made the modern world through liberalism. They recognize how dangerous the modern «capable» State can be, what they call The Leviathan, after Hobbes. But their construal of «liberty» is the provision of goodies to children by a beneficent Leviathan. It is not the adultism that in fact made the modern world of massive enrichment and true liberty. Their vision is deeply illiberal, and mistaken as science. 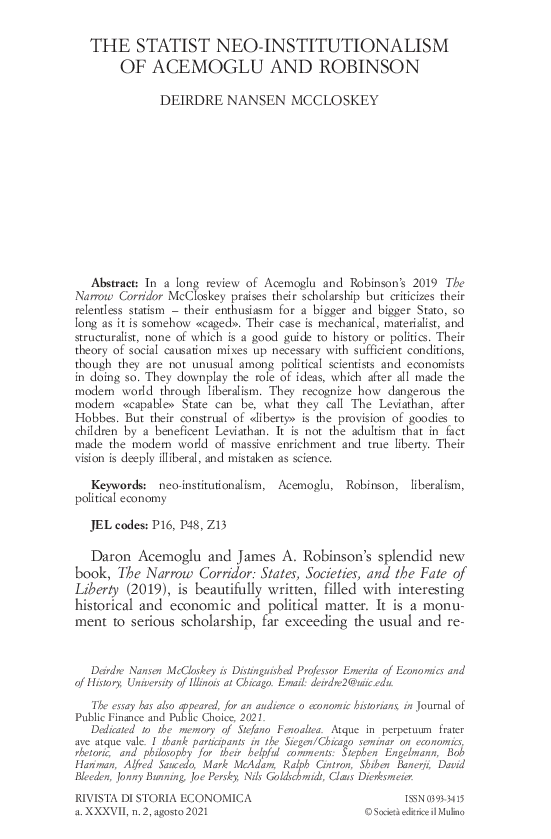