New kinds of evidence along with new ways of looking at the traditional evidence have recently demonstrated that chiefly in the period between the second century BC and the second century AD the regions of the Mediterranean under Roman rule attained a very high level of economic activity and experienced undeniable economic growth, both extensive and intensive. Following this long period of growth, both gross production and per capita income began to decline resulting the dissolution of an integrated economic area in the Mediterranean. This conclusion undermines one of the main theses of Moses Finley's seminal book, "The Ancient Economy", published in 1973, that maintained that all the economic systems of the ancient world were stagnant. One can legitimately say that Finley's model of the ancient economy, which acquired in the eighties the status of a "new orthodoxy" and was for a long time very influential, is now under fire. His denial of the legitimacy and effectiveness of the use of neoclassical theory in the analysis of the economic life of the ancient world has been severely criticized, has been his "minimalist" view of the achievements of the Roman economy. The current revision of Finley's paradigm takes as has been its starting point the notion of a structural similarity of the Roman economy with the most mature among the "organic economies" of the past and therefore of the utility of a comparative approach. However it also takes, for granted that, like all the other organic economies of the past, the Roman economy was far from immobile. 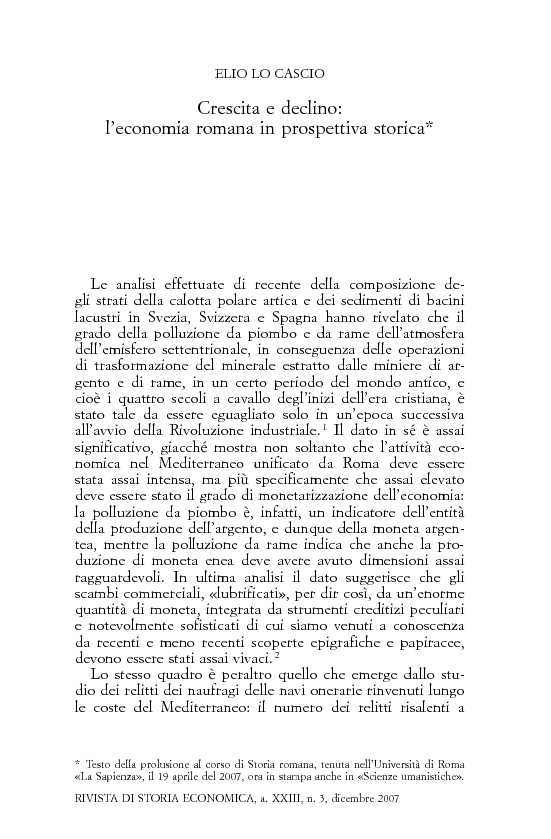