The first findings of silver objects in Mesopotamia date to the late Uruk period (toward the end of the fourth millennium BCE). Proto-cuneiform tablets witness the early presence and activity of metal workers and goldsmiths in the Uruk IV/III periods. At present, no sound evidence exists for the use of silver as a means of payment in archaic Mesopotamia. The first occurrence of silver used as payment, in conjunction with other commodities (mainly copper, but also barley), is found in a group of tablets from Fara, dealing with the sale of land and houses, dated to the ED IIIa period. Most of the stone monuments of the same period (ancient "kudurru"), but from different sites, attest the sale of agricultural lots from different owners to a unique buyer: silver is sometimes used as payment in alternative to the more common copper. In the subsequent periods (ED IIIb and Old-Akkadian) silver replaces copper almost constantly in the sale documents, which now concern slaves as well as land and houses, and it may be used interchangeably with barley as basic money (with the advantage of a high value per unit of weight, and the disadvantage that it had to be imported). Silver could be used for buying and selling all kinds of commodities (metal goods, barley, livestock, wool and textiles, food), and as a measure of their value. Small or large amounts of weighed silver are employed in loan contracts (at interest, or interest free), and as payment for taxes, obligations, indemnities, permissions, public services, private rentals, and wages. They are regularly found in the inventories and deposits of town administrations, private households and merchants, and they are the object of trials and verdicts. Over a period of some three centuries, in the region of Sumer and Akkad silver assumes almost all the functions of money and without any doubt all its most important ones. 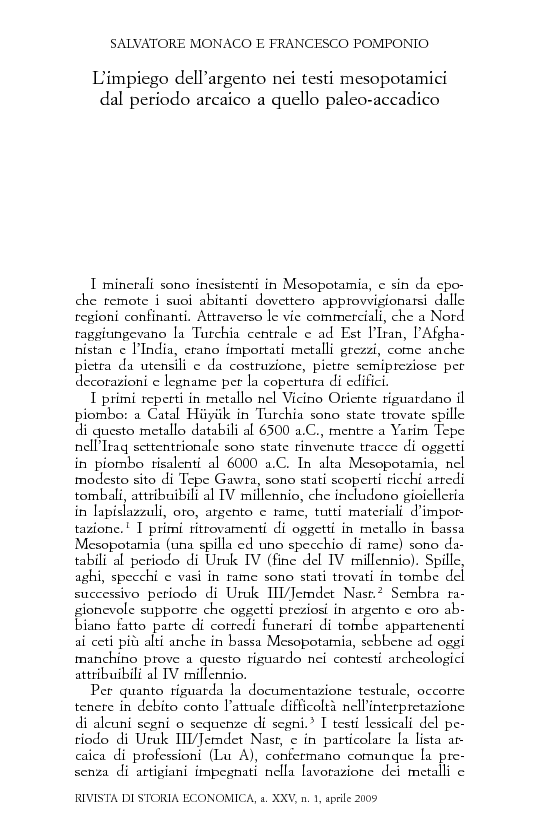