This article recounts the author's experience as Minister of the Treasury from April 25th, 2000 to June 11th, 2001; it reviews the economic and political climate, and the principal developments, of that time. There was then an imbalance between the economic situation, solid and promising after the pervious years' recovery, and the political climate, marked by very strong tensions both within the governing and between the government and the opposition. The euphoria of the international stock markets that gave way to crisis when the "new economy" bubble burst is reconstructed. Within the G-7 Italy played a major role in launching "Beyond Debt Relief", promoting international support for the poor countries beyond the remission of debt. On the internal front the Treasury addressed the organizational aspects of the modernization of government, and pursued the privatization of public enterprises. The historic dissolution of IRI occurred then; the Alitalia crisis developed as KLM withdrew from their alliance, and the ensuing, promising negotiations with Air France were then stopped by the subsequent government. In addition, the Treasury was active in preparing the complex transition from the lira to the euro, but some of its initiatives would be abandoned by the following government. 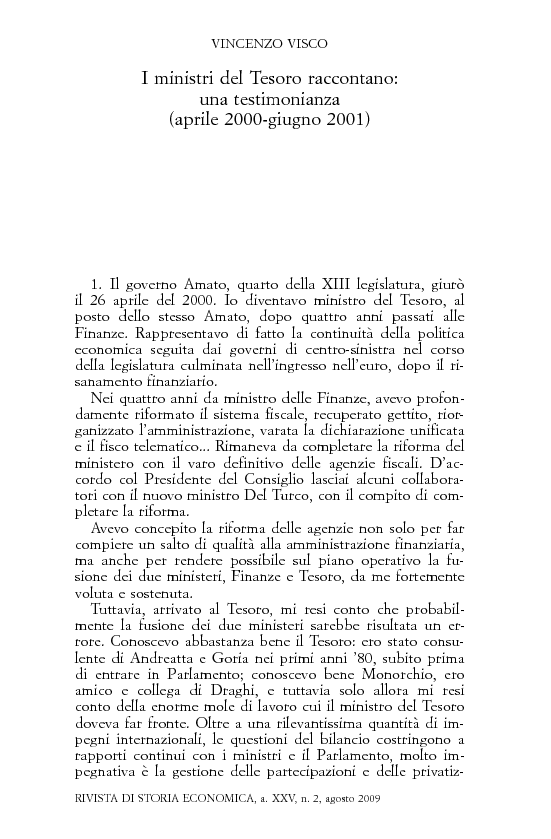