The essay takes into consideration the theme of a new system of patent protection, represented by the law of Piedmont of 1855, based upon the effects that it exercised on the innovative capacity of a country. Starting from the theoretical literature on the subject, firstly, the essay evaluates the effect of the new law, which was weaker than the preceding law in terms of protection of the holders of industrial monopolies, on the innovative industrial capacity of the Sardinian states both before and after the adoption of the law. The industrial products presented by the Kingdom of Sardinia at the International Expositions in Paris in 1855 and 1878 are used. The research also considers the activities of two other regional states before the unification: the Granduchy of Tuscany and the Kingdom of Lombardy-Venetia, based on their regional basis in 1855. The paper shows how free-trade type of legislation, in the international context of a free market, favours the specialisation of regional areas in goods for which they had a comparative advantage and a relative de-industrialisation. 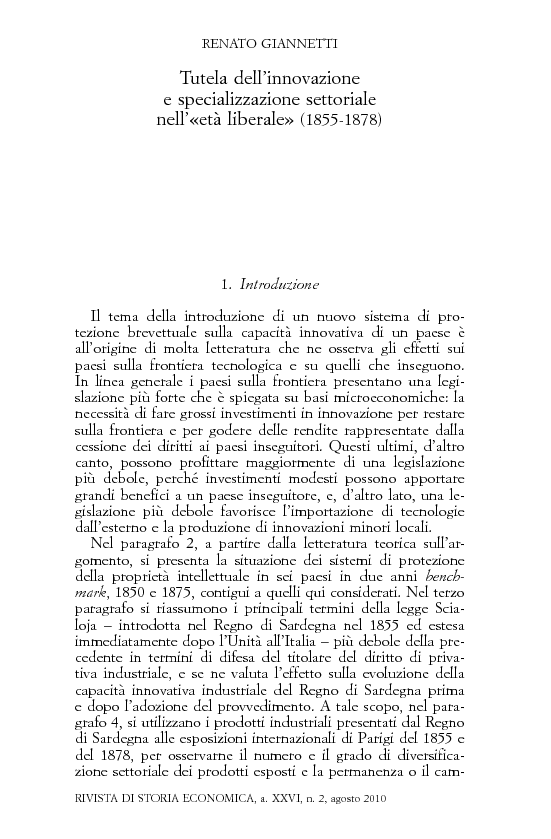