After WWI the leading countries promoted a new monetary system, the gold-exchange standard. This system collapsed in 1931. According to the prevailing interpretation, this collapse was due to the lack of cooperation between central banks. This explanation fails to take into account the evolution of money. In the interwar period, at the national level, the fiduciary content of money increased markedly. A fiduciary money, to be accepted, needs an institutional framework that guarantees the rights of money holders. Nationally, this framework is set up by the state. Internationally, this framework can only emerge if a leader country finds in its interest to produce trust in an international currency and if the other countries accept the currency issued by the leader. In the interwar period, states were asking for an international currency with high supply elasticity, but there was no country that had an interest in creating confidence in an international currency. 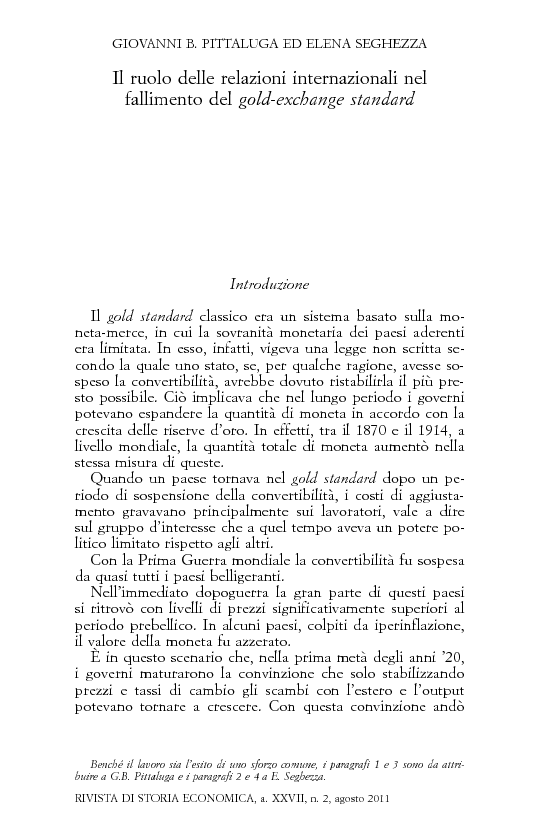