During the last two decades, Italian economy has seemed no longer able to express capacity to grow. The deceleration in GDP's growth that started in the 1990s turned out to be a real stagnation during the last decade. According to growth accounting, Italy's stagnation is not attributable to a weaker contribution of the productive inputs (labour and capital), but to the bad performance of Total Factor Productivity. Hence, the main goal of the paper is to identify the structural drivers of TFP growth over time. Actually, Italian economic history can suggest the solution: historically, the performance of TFP seems to depend on the action of four factors: 1) competition, 2) dynamism in firm's size, 3) public finance management, 4) investments in public works (infrastructures). Yearly data (1890-2008) have been collected to show whether Italian TFP actually depends on the four factors and their interactive effects. The econometric estimation, based on time series analysis and impulse response functions, yields strong evidence in support of the hypothesis. 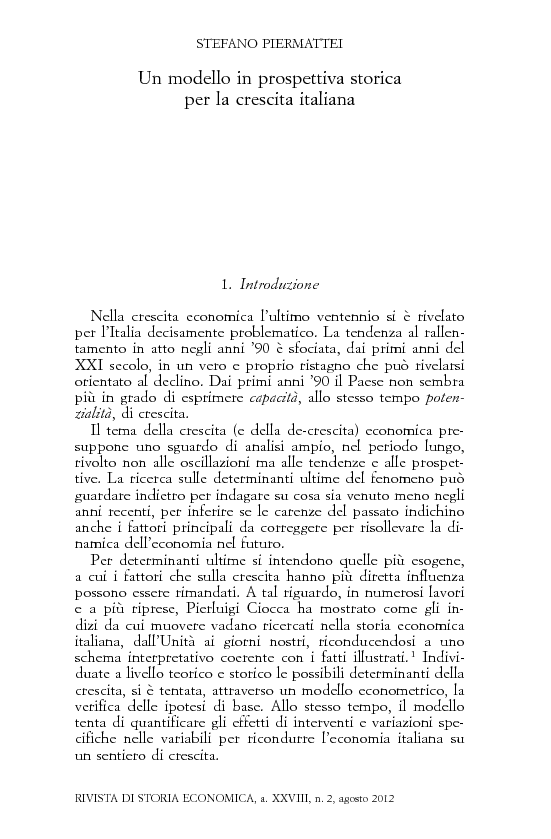