Even though half a century has passed since the institutional referendum which officially took place on June 2, 1946 - establishing the republican form of Italian State - the disputes that arose about hypotheses of fraudulent vote manipulation, overturning the actual vote result, are still relevant today. Without any intention of making a political analysis of referendum facts, this work has the purpose to give an end to voting disputes, demonstrating in a statistic-probabilistic way, using Benford Law, the absence of effective ballots manipulations. Besides, it was demonstrated, using simulations involving real votes, that potential fraudulent vote manipulations would be discovered in most of the cases, especially the ones able to reverse the result. 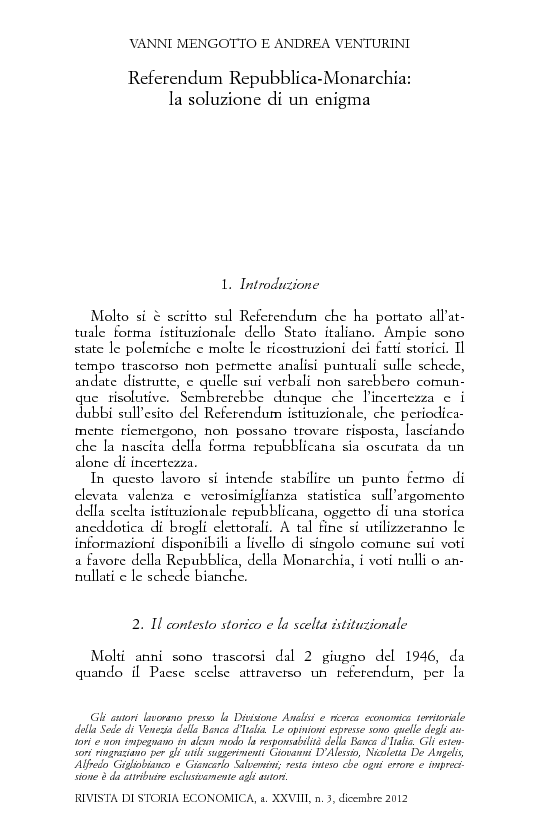