The Terni Company, appreciated worldwide for the high specialization also in armaments and shipbuilding, after the European crisis dued to the US one of 1929, by appropriate investment, adjusted the own steel production plants to military. After the war then planned a conversion based on demand of international market. It strengthened its power stations, which operated on autarchic fuel extracted from its own mines. The Company equipped itself also of storage tanks for the surplus resources, and progressively increased its energy production in relation to the consumption. It was also remarkable (1952) the achievement of the longitudinal power line between Terni and Genoa Cornigliano that favored the national economy, while also allowed the trade with transalpine countries. The Company, by now integrated with the most qualified production processes, and opened to the global competition, along with the National Nuclear Electric Company, supported the plan for the construction of nuclear plants after the promotion of the project for the use of the methane as source of alternative energy for the industries of Umbria. 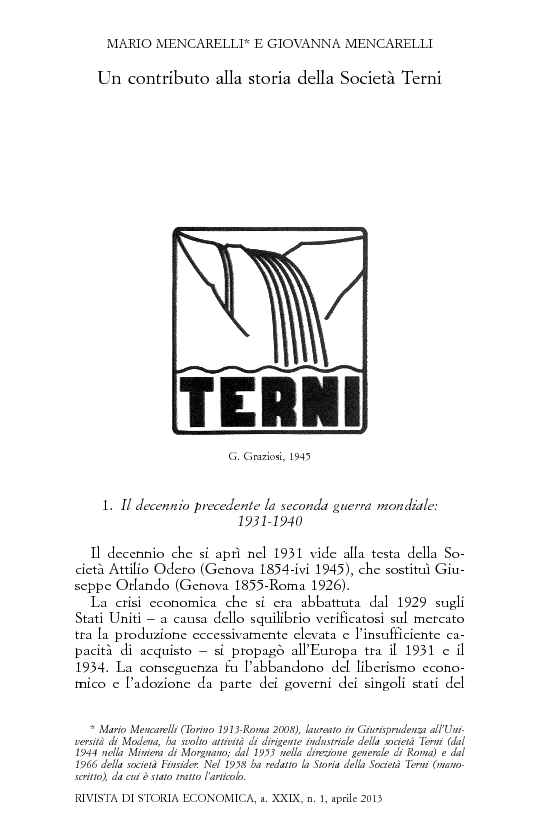