This paper presents statistical reconstructions of the industrial labor force in post-Unification Italy. The estimates are based on the population censuses taken in 1871, 1881, 1901, and 1911. The figures are presented for each of Italy's 69 provinces, separately by gender. Industry, as is customary in the literature, is defined so to include four major components: mining, manufacturing, construction, and utilities. Manufacturing is in turn broken down into 12 sectors. Some of the limits of population censuses, including their questionable representation of the labor force in the textile sector, are briefly summarized. The paper focuses then on possible uses of the proposed labor force estimates. It is in particular shown that, despite their known limits, population censuses represent a useful historical source to obtain legitimate estimates of provincial value added for Italy's industry. The present contribution, that aims at stimulating the quantitative debate on Italian industry and industrialization at the local level, ends by presenting tentative directions for future research. 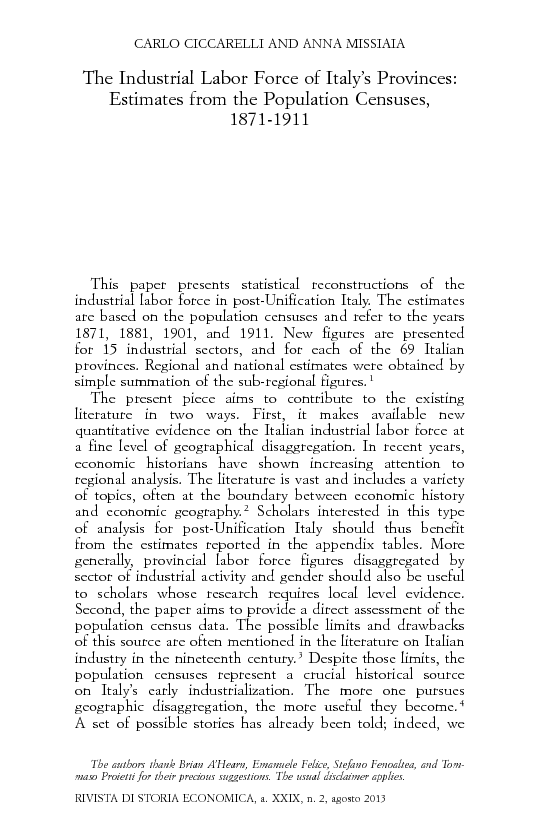