Niccolò Machiavelli, the founder of modern, scientific political analysis, was not an economist (at least according to Schumpeter's definition). Nonetheless, both in Il Principe and in some of his other writings he offers a certain number of interesting propositions on the links between the State and the working of the economic system. The State has a primacy in the society, but it will be strong if, and only if, a market economy flourishes. Machiavelli understood that the fragmentation and weakness of political Italy, in addition to jeopardising the material welfare of the Peninsula in the XVIth century, could represent a serious obstacle to the transition of Italy from a market economy to a fully fledged capitalist economy. 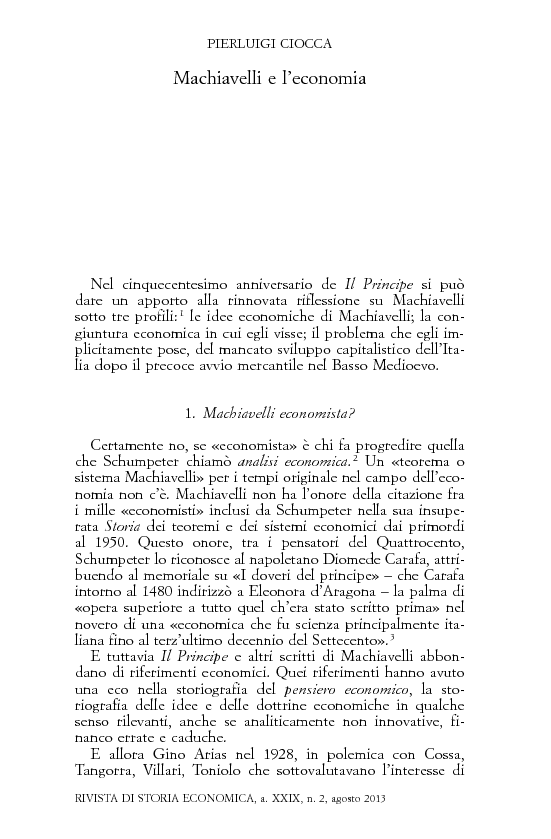