The first Industrial Revolution in North Europe had such a strong impact on the local economies and environments of Southern Italy that it is considered, from an historical point of view, as a real turning point. In fact, in response to the pressure of the international demand, some areas of the South and of Sicily maximized the competitive advantage that came from the geographic location, boosting and enhancing some specific crops and placing themselves, within the international division of labour, as suppliers of raw materials and semi-finished products for industrial use. Both before and after the Italian Unification, the international market represented, in effect, the only development «incubator» for the agricultural economies of Southern Italy, with important consequences on the products' quality standards. For the southern agriculture the closing act of this season - which had began in the late eighteenth century - coincided with the agrarian crisis of the eighties of the nineteenth century and the prevailing protectionist policies of the rising European industrial Powers that downsized the space offered by the international market, causing the local elites, both political and entrepreneurial, urgent problems of production's reconversion. 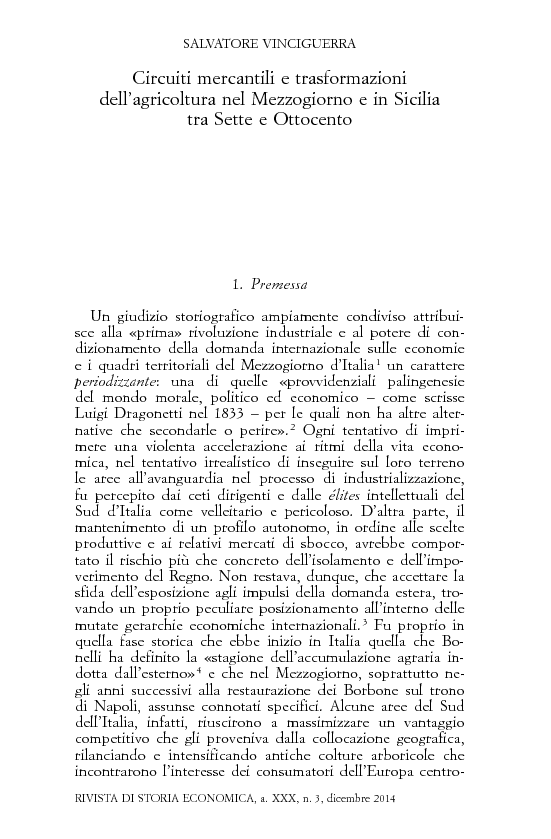