This work rehearses the main themes of Piketty's book and summarizes the debate it triggered. The paper dwells on the rise in the ratio of household wealth to GDP in the rich countries since the 1980s and the role played by the build-up of saving and variations in house and financial asset prices; on the various justifications put forward for the increasing income and wealth inequality that has accompanied the rise in the wealth/income ratio, especially in the US and Britain; on the relationship between the rate of return on capital and the economic growth rate; on the ties between rising income inequality and the financial crisis of 2007- 08; on the feasibility of Piketty's proposals for higher taxation of top incomes and a progressive global tax on net household wealth; and on the progress that has been made in the US and Europe in exchanging information on citizens' income and foreign assets. The merits of the book lie in its interdisciplinary approach, which combines economics, economic history, political sociology and literature and a truly unprecedented statistical apparatus for studying the evolution of income, wealth, distribution and the welfare state. The analysis focuses on the wealthy countries but also offers some comparisons with the emerging economies. It takes the long-run view typical of the French school; it provides a thorough examination of public institutions, in particular the rules of the labor market, education systems and taxation. While some other authors, such as Tony Atkinson, have taken analogous positions, Piketty's policy proposals are sometimes not as convincing as his analysis. Piketty rightly emphasizes market failures but appears to put excessive trust in government action. 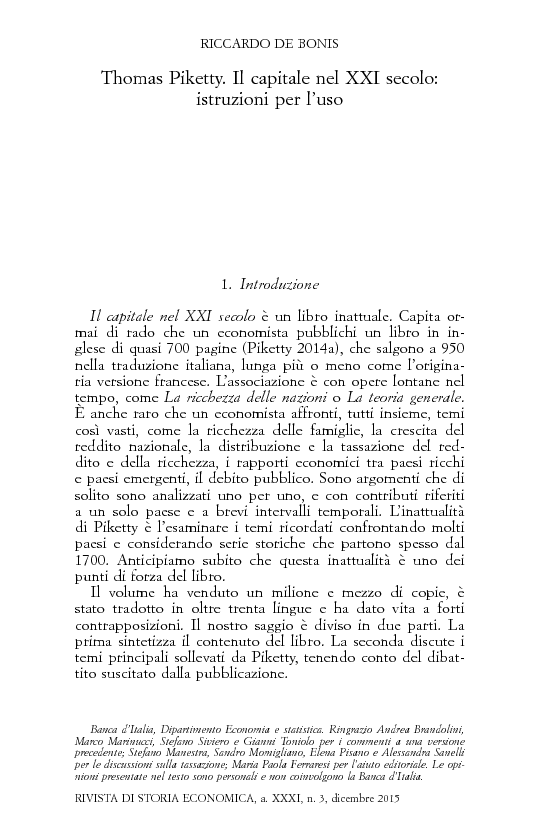