The Soviet Revolution increased the reliance on the emission of money at a time when the economy, for various reasons, was becoming more and more «demonetized». In fact, the launching of NEP meant also an attempt at reverting to a money-based economy, after the disastrous experiment of War Communism in a situation in which capital was in short supply. Moreover, the country was plagued by systematic devaluation of the currency and by hyperinflation. The search for measures aimed at stabilizing the money market at the beginning of the twenties brought to the creation of the «chervonets», a parallel currency that was meant to circulate alongside the rouble. The debate that accompanied the creation of the new currency stemmed mostly from the ideas of G.Ya. Sokolnikov, its main proponent, and L.N. Yurovskii, two influential thinkers whose contribution to the history of economic thought has not yet been fully appreciated. The paper analyses their writings and tries to shed new light on the very concept of the policy measure, evaluating the theoretical and analytical rationale that «backed» the emission of the chervonets. 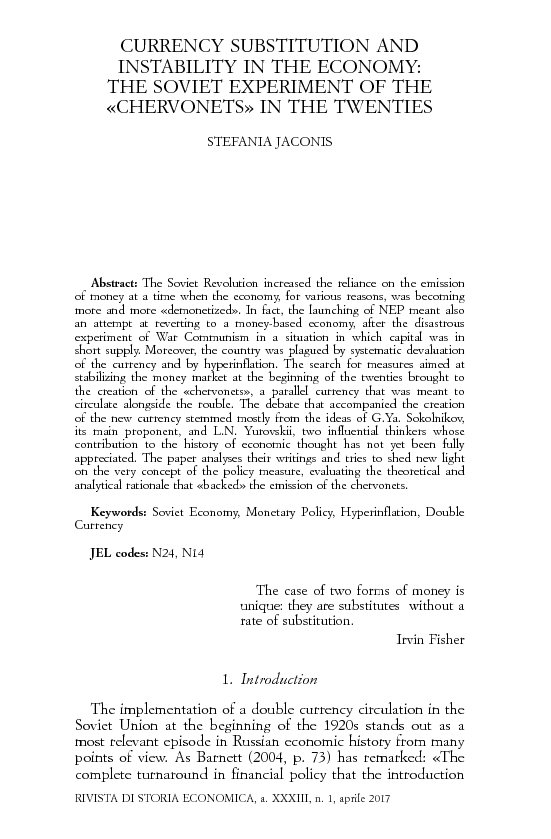