The German central bank played a key role in the financing of the war economy. It directly and indirectly monetized a significant share of war government expenditures and thus together with the banking sector provided an extra financial cushion for the economic plans of the Nazis during the Second World War. Growing government spending was mainly covered by domestic sources, such as taxes, retracting savings from the financial system and excessive money creation. Within the domestic economy the German government preferred «hidden, silent» sources of funding over public issues of state bonds. The Reichsbank repeatedly tried to tackle the issue of the (hidden) increasing rate of inflation However, it was, by and large, unsuccessful, since the pressure for financing war expenditures resulted inflationary money printing. Remarkably, Nazi leadership was not concerned with the detrimental effects of these issues. Since mid-1944 German war economy was obviously heading into inevitable hyperinflation and collapse. 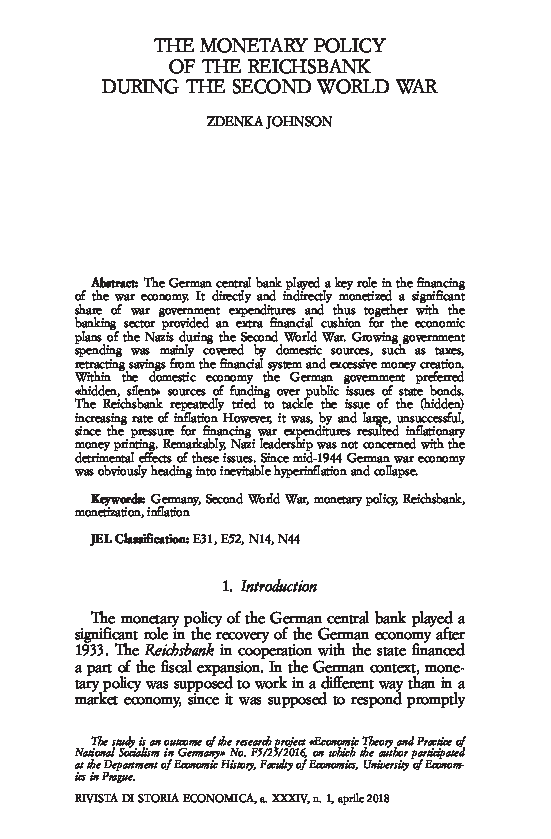