More than a century later, the Banca Romana crisis still provides useful insights on the challenges of preserving financial stability. This paper reviews the case and discusses implications that can be relevant today. The crisis was spurred by an unsustainable credit expansion encouraged by capital inflows, which provoked an asset price bubble and other imbalances. A system of corruption and collusion with politicians and journalists enabled the bank managers to run risky and illegal operations - effectively, asset-stripping - undetected and unhindered. As a result, it would not have been easy for an observer not endowed with investigative powers to detect the mounting risks, while the government, which had these powers, failed to take action when needed and concealed critical information from the public. When the crisis erupted, its resolution was facilitated by a previous, decade-long debate on the reform of the banking system which had led to the exploration and development of possible solutions that could then be rapidly implemented. 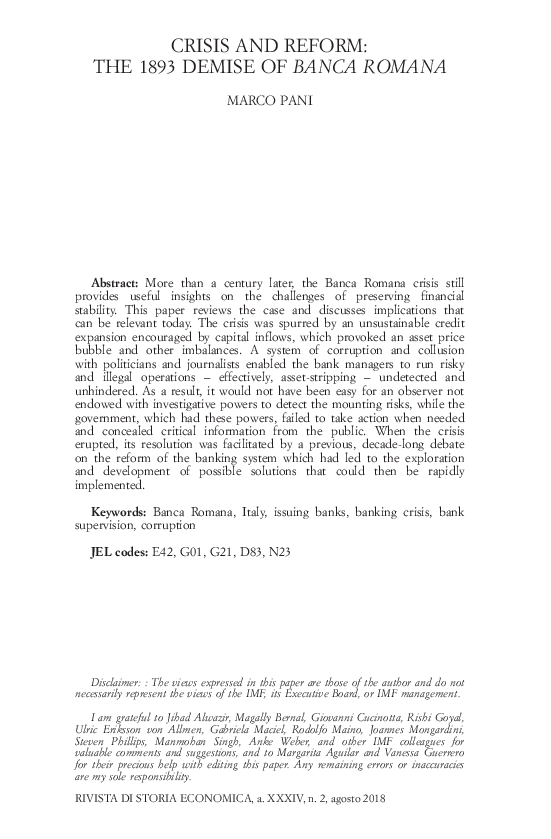