The articles discusses the performance of Southern Italy in the first globalization age, in light of the last estimates of GDP and with the avail of primary and secondary sources. In comparison with the Centre-North, Southern Italy scored a low share of national trade, for a larger part composed of agricultural goods. Even though in migration the Italian "Mezzogiorno" fully participated to globalization, per capita returns were arguably lower. The amount and effectiveness of foreign investments were limited, while the local ruling élite preferred to invest their savings in foreign bonds, rather than in local enterprises. The argument is made that Southern Italy was unable to fully benefit from globalization, due to its worst social capabilities and institutions – what can be called the "socio-institutional" context – and the related policies of its ruling élite. 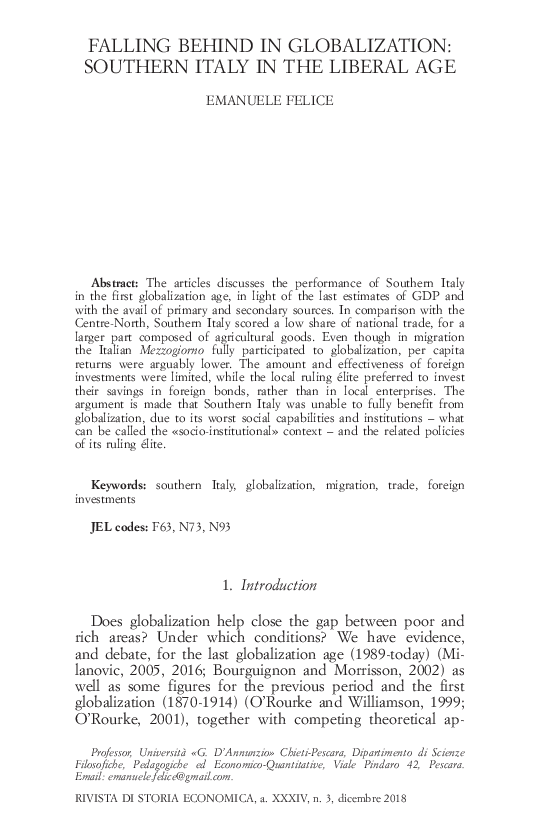