Since 1950 public transport companies have been in deficit in Italy, well before other European countries and the Usa. This result seems to be related to the spreading of public locally owned operating companies and to the lack of any effective supervision of balance sheets. This way, local governments have had the opportunity to adopt independent transport policies. Firstly, they provided increasing transport services (in term of vehicle miles) in order to facilitate daily home-to-work trips in the new industrial areas and in order to meet the demands created by urbanisation. Secondly, their policy was to choose very low tariffs far below the level necessary to cover average costs, whereas the costs kept growing. Indeed, during the Fifties transport service productivity constantly diminuished while labours cost increased more rapidly than in other industries. Government transfer funds being the major source for local authorities' income, local transport companies' deficits were increasingly financed by state. This institutional structure had severe weaknesses above all because it did not stimulate virtuous behaviours. Negative long run consequences were thereby produced. First of all the image of public transport deteriorated owing to low tariffs (it became associated with low-income groups) and the lack of investments. Secondly, there was a bias in the allocation of resources in favour of modes of transport which required less investments, like the bus, rather than tramways or subways. 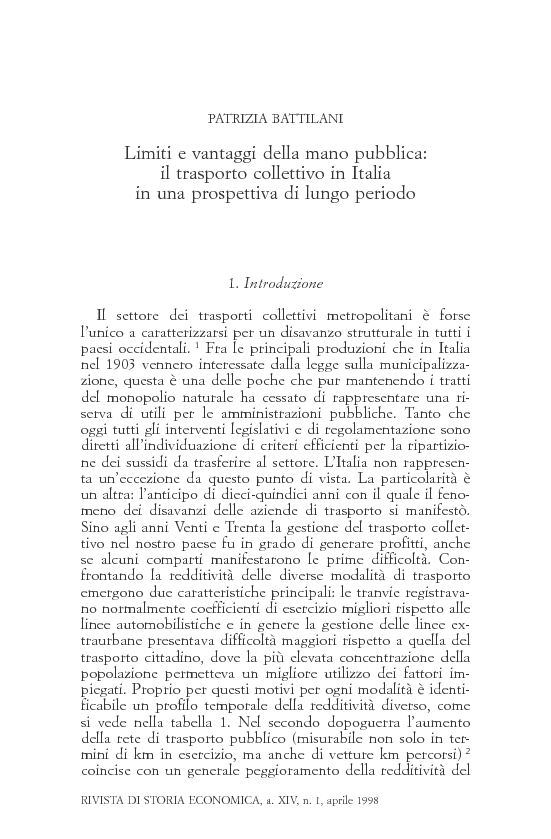