This work briefly describes the phenomenon of secular visitations in Italian territories between the Sixteenth and Eighteenth century, a subject of significant historical importance, although little studied, especially in terms of comparison between different contexts. During the Modern Age secular visitations were widespread in many Italian States and assumed different features in various contexts, according to the aims pursued. For example, in Tuscany and in the Papal State they took the form of official inquiries aimed at gathering information and solving specific problems, whilst in the territories under the Crown of Spain they appeared as real inquisitorial procedures against officers and local institutions. In most cases the visitation was a balanced and flexible instrument of justice, control, but also a means of dialogue between sovereign and subject communities. The interest of visitation as a liaison between "center" and "periphery" was very important especially considering the fragmented and complex structure of the ancient States. In this respect, it should be noted a further reason for the interest in visitation reports is because they provide precious testimonies on heterogeneous local institutional and legal life, otherwise difficult to obtain, including examples about the municipal organization, the application of statutes, the existence of unwritten customs and judicial practice. 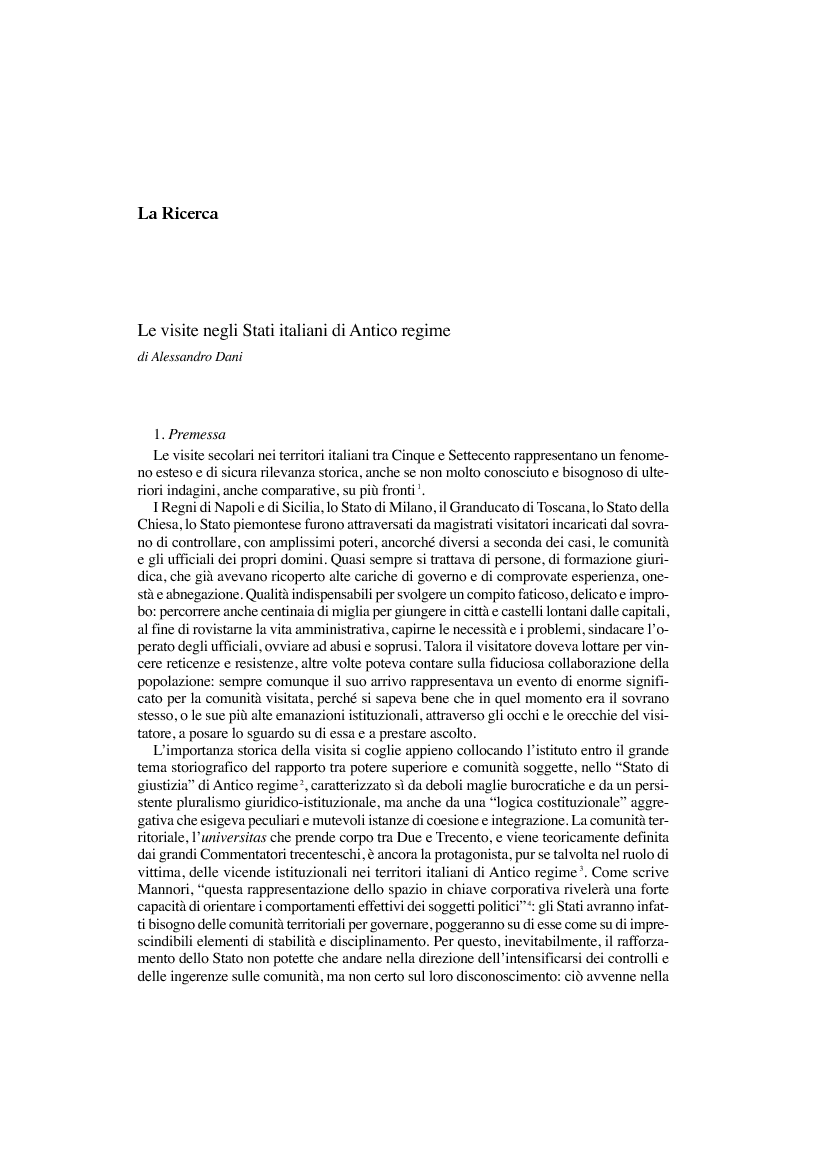