The essay explores political and cultural dynamics that led to the creation in 1939 of a racist review, "Il diritto razzista". It was founded by Stefano M. Cutelli, a lawyer of old Fascist militancy, which he used to enter the academic world. In his political biography the complex relationship with the philosopher of law Giorgio Del Vecchio is central. Indeed Del Vecchio was a Jew and one of the few Fascists in the University of Rome in the early Twenties. The essay, that focuses on memorials, official papers and a private archive, aims at showing the existence of a peculiar interrelation between civil society and the centres of power for the consensus building during Fascism; something not explicable through a traditional interpretation of the category of totalitarianism, that increasing number of historians and political scientists are criticizing for its bottom-up and static approach. The essay underlines the existence of multiple and autonomous centres of mobilization. 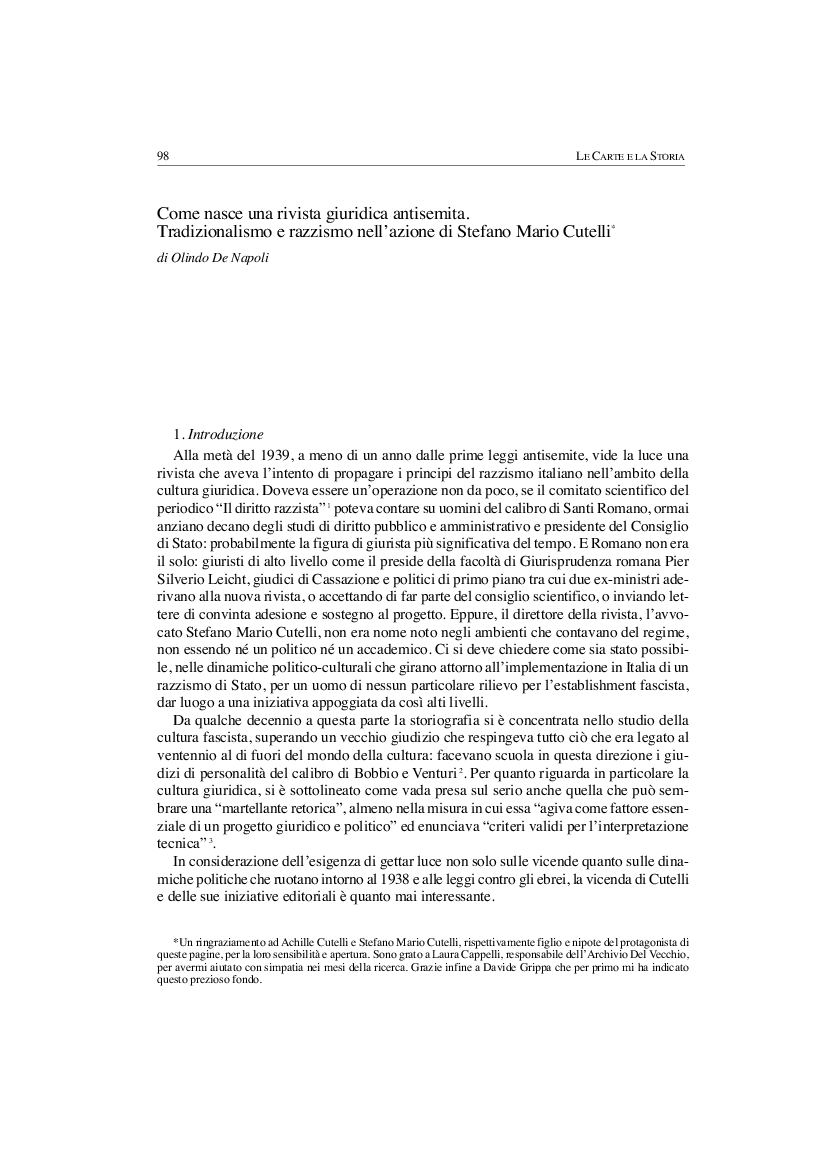