Italian centralism has always stood apart from the French model by being "weak" or even "negotiated" between the ruling class and their peripheral correspondents. This "Italian" centralism has therefore lived long (and still continues to live in part) with the strong, intermittent centrifugal movement of the institutional system, mainly expressed from the 70s of 900 through the escalation of the special status regions. Recently, however, the Regions have been in the middle of alarming judicial investigations, which have pointed out the corruption and dominant political bargaining. Furthermore, the whole institutional system is undergoing a profound upheaval: rather than being organized according to the age-old system on a pyramidal hierarchy (the state on the top, the autonomist institutions, including Regions, on the bottom), the complex of public institutions tend to articulate themselves in a horizontal manner, as a network, with heavy contamination from the institutional European side. It is not plausible that, on the wave of the alarms raised by the recent scandals regarding the Regions, and perhaps in the name of the supreme demands of budget and expenses control, this structural mutation can be thought to be eliminated and return to the obsolete forms of neo-administrative centralism. 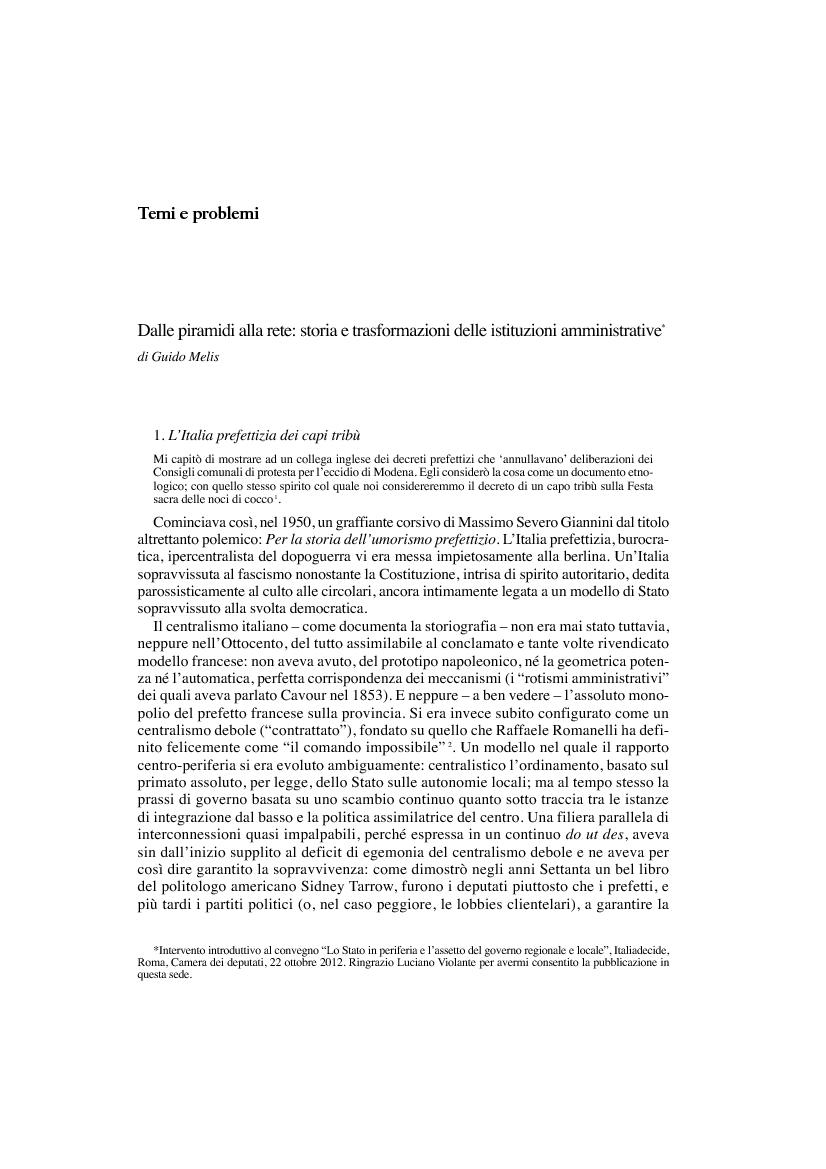