In the era of globalization, the "Keynesian consensus" of the after-war period, which prevented any trade-off between social security and economic growth, could not resist the pressure from the globalization of the world economy. The decline in industrial employment created a situation in which - in the Nordic countries and in Sweden, especially, full employment could only be attained via services and the third economic sector. The consensus became fragile when the political left began to criticize the welfare state because of its lack of efficiency while the political right attacked the expansion of public sector costs, which was held responsible as undermining economic growth. In this respect, neo-liberals argued that by involving high levels of taxation, the welfare state erodes incentives to work, save and invest, causing "market distortion". Moreover, by pulling human and capital resources away from industries and into the public sector, it "crowded out" private sector alternatives. In other words, there existed a new and fundamental trade-off between egalitarianism and employment. Methodologically, Sweden is presented as the prototype of the "universalistic parliamentary democratic welfare state" which best achieved what Goesta Esping Andersen identifies as "de-commodification". 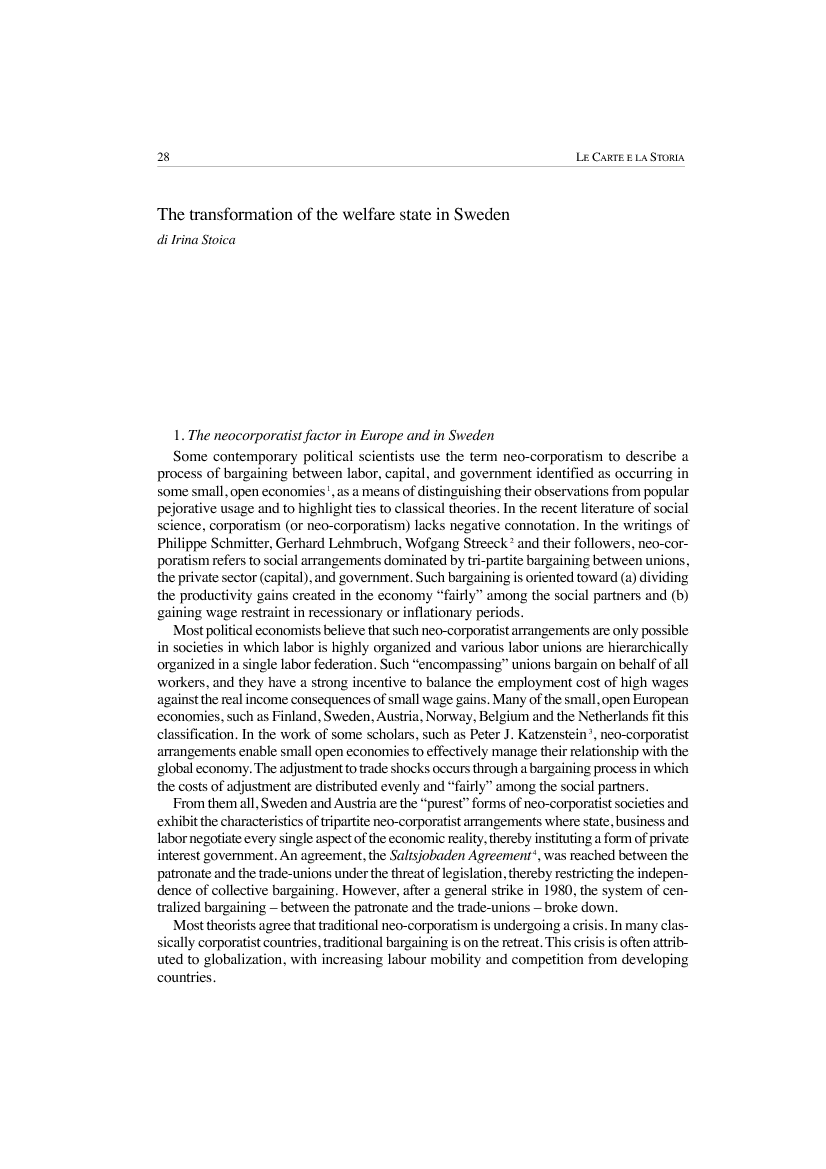