There are several recalls that, from different historiographical viewpoints, have repeatedly stressed the interpretative potentiality of municipal budgets; despite the rigidity and the deceptive monotony of the figures, this source reflects indeed multiple aspects of the life of a community. It is an accounting instrument that is not really new for the South of Italy, but in the years of French rule it becomes the core of the governors, knowing a more complete structure, which has the effect, inter alia, of increasing its heuristics capability. Using a tool that therefore seems a perfected lens, we intend to investigate the case of capital cities, that is provincial capitals, from 1810 - the year when the new system of municipal budgets was activated and on which this paper is focused - to the early Forties. The greater or less ability revealed by those centres interpreting the new status, show us the way in which in those cities the transition to the modern age taking place is not easy and may help us to shed light on the differences between the diverse areas of continental Southern Italy, already emerged from the snapshot provided for 1810, to which the regionalization process, taking place in the country since the Napoleonic years, helps to give some depth. 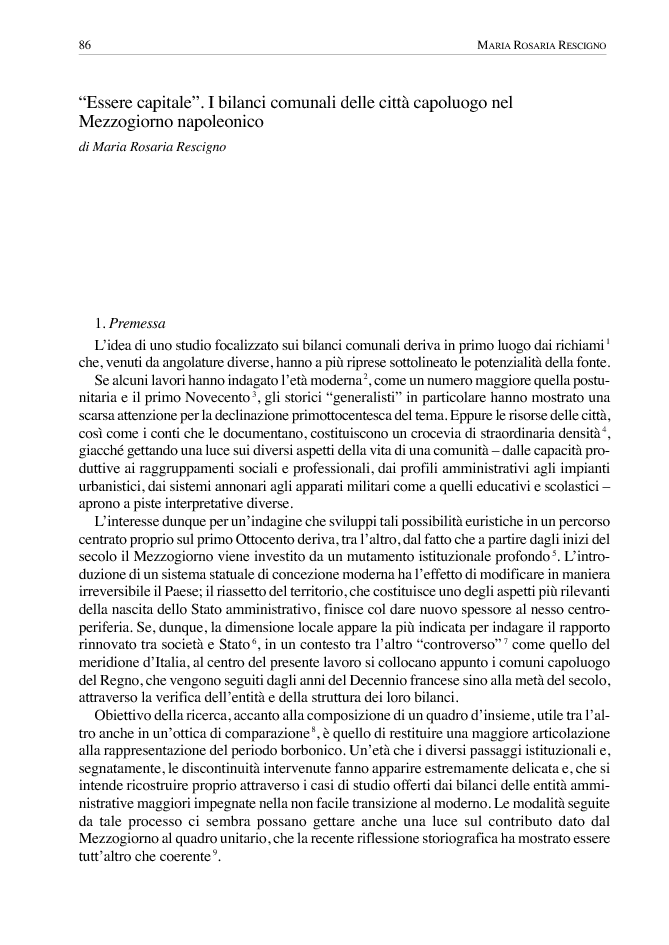