The article examines the evolution of civil registry services in Bologna and Rome in relation to new technologies, citizens' needs, the political character of the two administrations and national legislation. The civil registry offices of major cities have been pressed to employ modern technologies, first mechanical and then digital, by the increase in population and the great demand for vital records' certificates. Tele-printers, computer terminals, personal computers and now the Internet have made it possible to handle the demographic phenomena and the decentralization of services that accompanied, primarily in Bologna, the political and administrative decentralization strongly pursued by the communist administration with a view to involving the population in local government, and hence the actual practice of e-democracy. 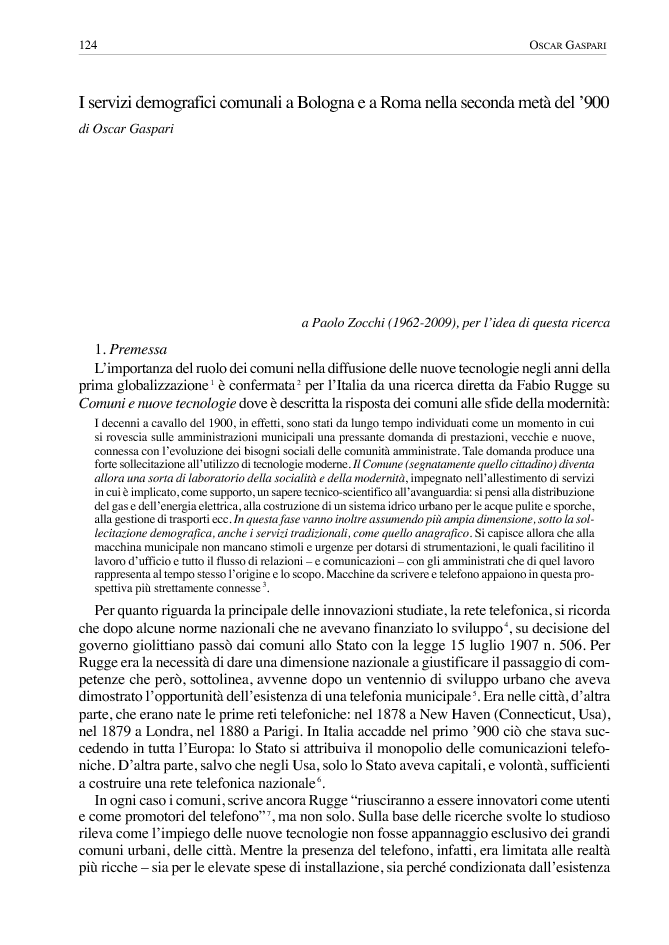