The paper deals with the role of the Italian Parliament during the First World War, starting from a specific event, the crisis of the Salandra government (June 1916). This event shows clearly some changes in the relation between the legislative and the executive powers as well as in the parliamentary behaviour, which occurred in this period. The "patriotic collaboration", to which the two Chambers were called, led to a substantial marginalization of the Parliament, more than in other European countries. No other Parliament, except those of Austria and Turkey, was summoned as few times as the Italian one. A comparison with the English case gives a clear evidence of the peculiarity of the Italian case. Also in other countries, like Great Britain, Acts provided the government with extraordinary powers. But these wide powers were balanced by a stricter control by Parliament. 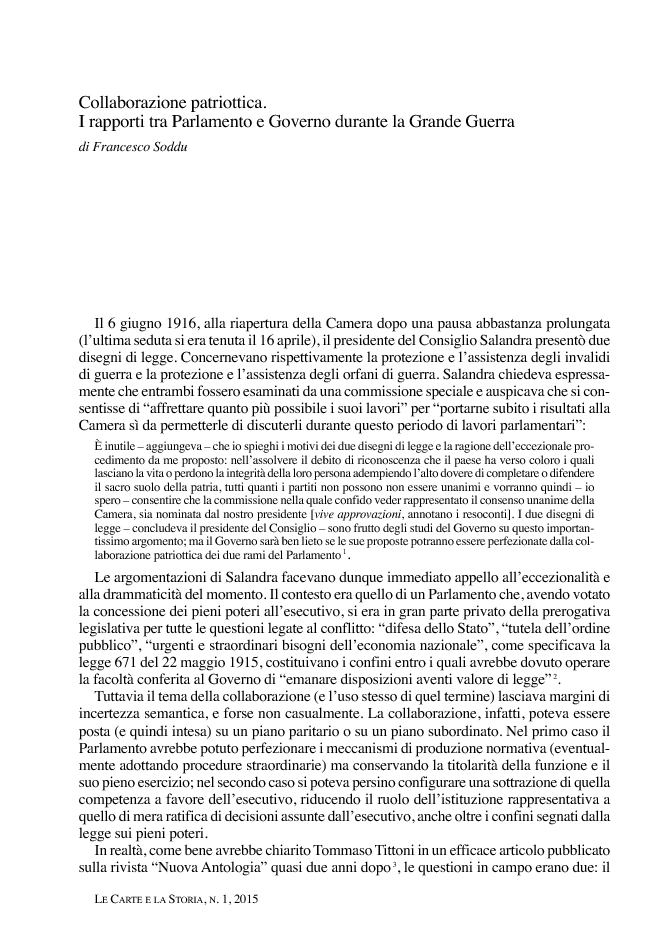