The analysis of Sicilian political publications, printed in the period between the Sicilian Constitution of 1812 and the revolutions of 1820-21, shows an intense debate on the institutional future of Sicily. In particular, there are two apparently opposite tendencies: on the one hand, the "unitary" one, derived fromthe French and Napoleonic tradition, supporting the keeping of a strong link between Naples and Palermo, and, on the other hand, the "federalist" one, inspired by the American model, aimed at a new form of government based on the rights guaranteed by the Constitution of 1812. In order to highlight a subject not yet examined enough by historiography, it is necessary to analyse the writings of some of the protagonists of those events. Indeed these works, largely anonymous and unpublished, are emblematic of a problem that, after the disintegration of the Napoleonic Empire, acquired high significance for the definition of the relationship between "center" and "periphery". 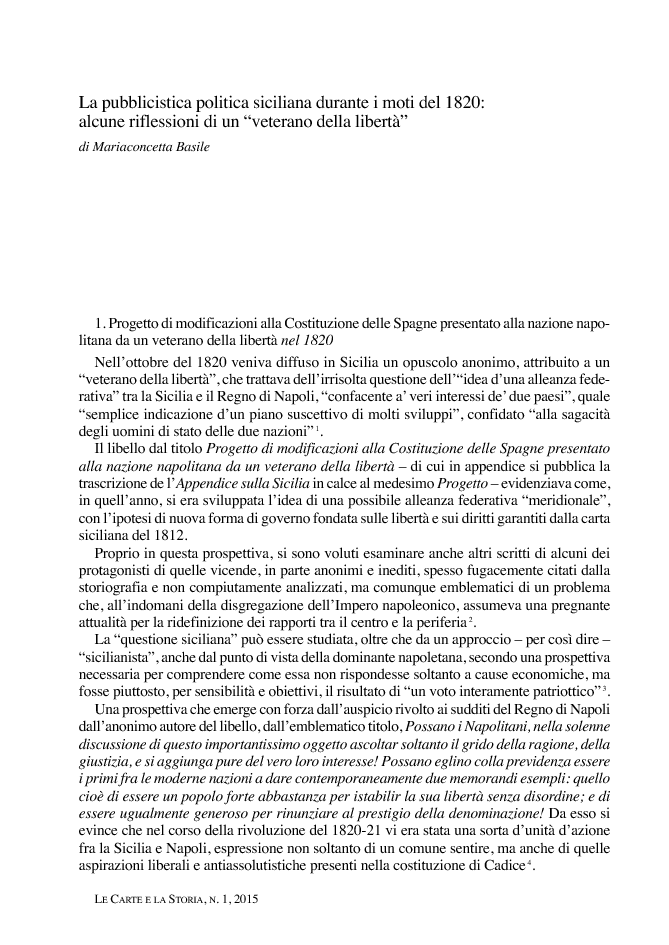