The reform project related to the introduction of the proportional system at the administrative elections in 1920 represented an interesting moment of political confrontation in the new parliamentary background of the XXV legislature. President Nitti submitted a reform project that wasn't in line with the orientation of his allies in the Ppi. Also the Socialist Party, emerged victorious from the polls, introduced a bill framed by Giacomo Matteotti. The parliamentary discussion on different reform projects began during the new Giolitti government, but, as the suspension was immediately voted, the local and provincial elections took place with the old majority system. In November 1920, the debate was resumed and the Chamber of deputies passed the law, that stood at the Senate. The main point of the discussion was the extent of the majority premium to award in the councils, in order to assure the regular operating of local institutions. 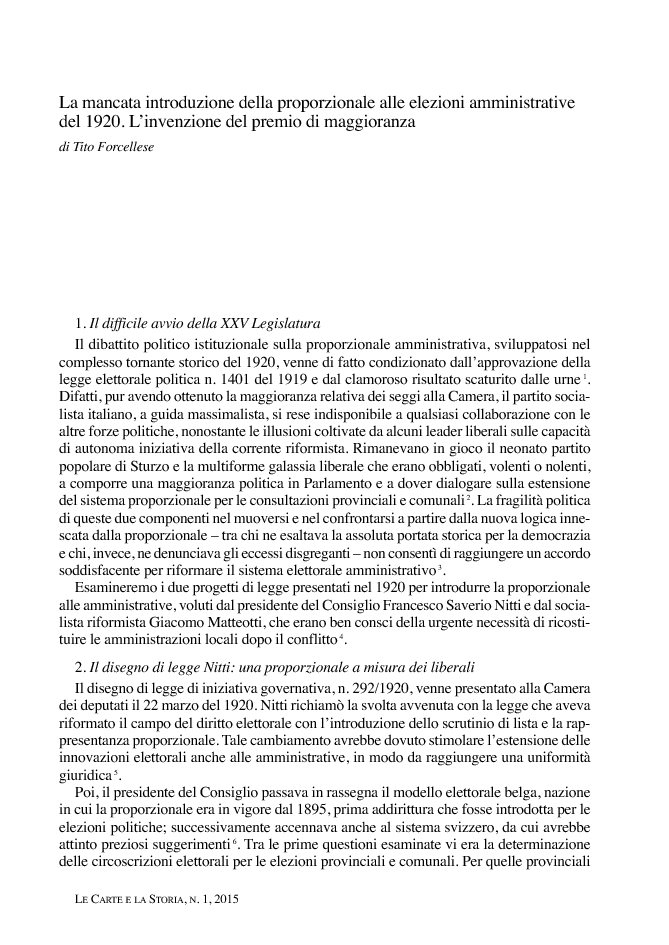