Gargiulo's historical paintings have always attracted the attention of scholars, who have attributed to the painter both revolutionary and reactionary political ideas. The aim of this research is to identify the historical sources of those visual tales and to place Gargiulo's work in the political-institutional Neapolitan early modern context. Gargiulo's political ideal is analysed in the light of the institutional reforms promoted by Spain in the sixteenth century, a sociological analysis of the political bodies, the Catholic Counter-Reformation, the control devices and obedience coded by the authors of the Reason of State. While France, Holland and England through Calvinism and the scepticism of Montaigne demolished ontologism and affirmed the values of sociability, in the kingdom of Naples, as in the rest of Italy, Catholicism and the Spanish rule had weakened the defenses, the economy and the conscience of the peoples. The current delay in economic and social development of our country and the weak sense of the state are rooted in those centuries. 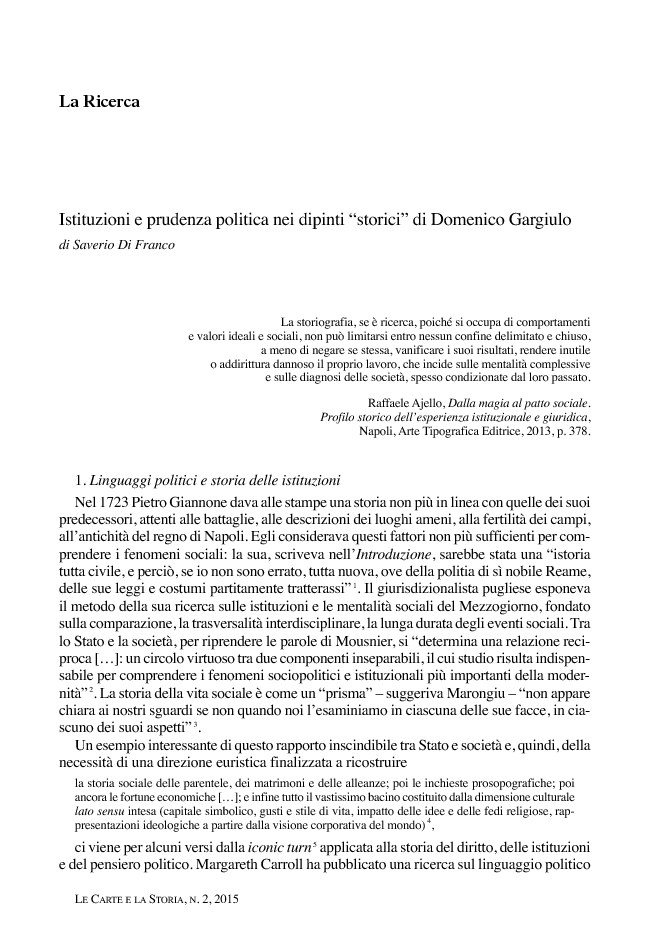