The article deals with the outstanding event taking place during the summer of 1941, when Mussolini, on August the 5th, gave orders to his Ministers to remove from Sicily all the civil servants born in the island, no matter what their level was. Despite accurate research within the archives of different ministries, it has been impossible to trace a certain reason for this measure. It seems that Mussolini was suspicious of a part of Sicilian people, whom he believed to be pro-England and against the conflict. The removal affected more than a thousand civil servants, including several public managers from Home office and Department of Education, as well as magistrates, officers, many among them being - at least supposedly - loyal to the Fascism and with no palpable responsibility. The measure resulted in remarkable hitches for the administration, due to the almost total turnover of clerks in the very same time; another outcome was a considerable increasing of separatist tendencies among Sicilian people. 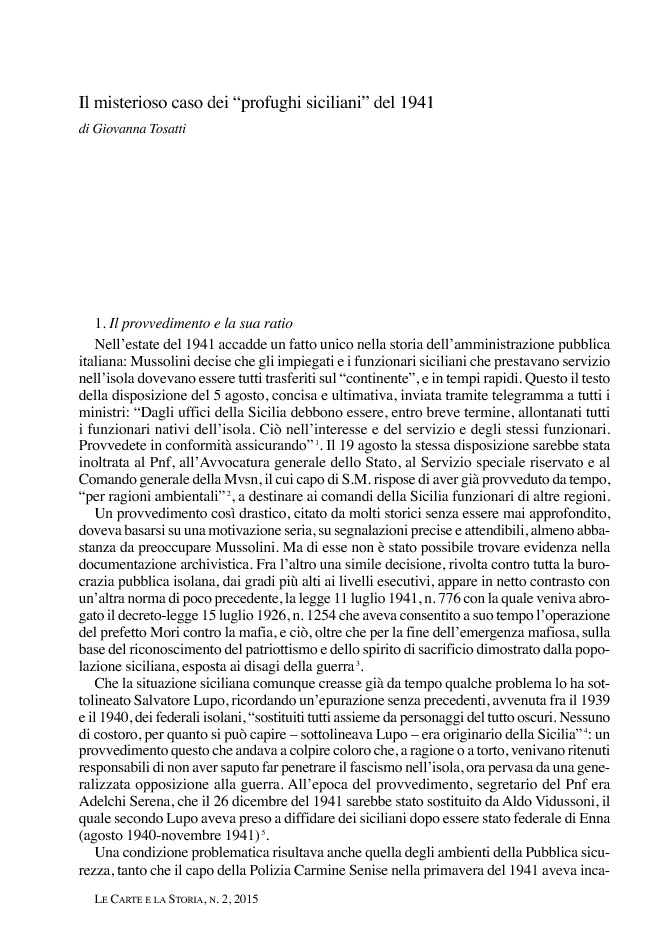