The parliamentary regulations, in defining the relations between Parliament and the Government, turn out to be a useful tool for understanding their dynamics. In the same vein, it could be said that the creation of control committees, precisely through the provision within those regulations, is a good prospect to analyze how the parliamentary dynamics were channelled towards greater participation in the decision policies of the Government. In this sense, it is important to monitor these committees during the First World War and the change of the Twenties, when the Chamber of Deputies decided to establish standing committees with expertise in specialist subject. With this new mechanism, the standing committees became the rule while the special ones became the exception, reversing the state of parliamentary committees up to that point and letting them finally get an important role in the Government's decisions. 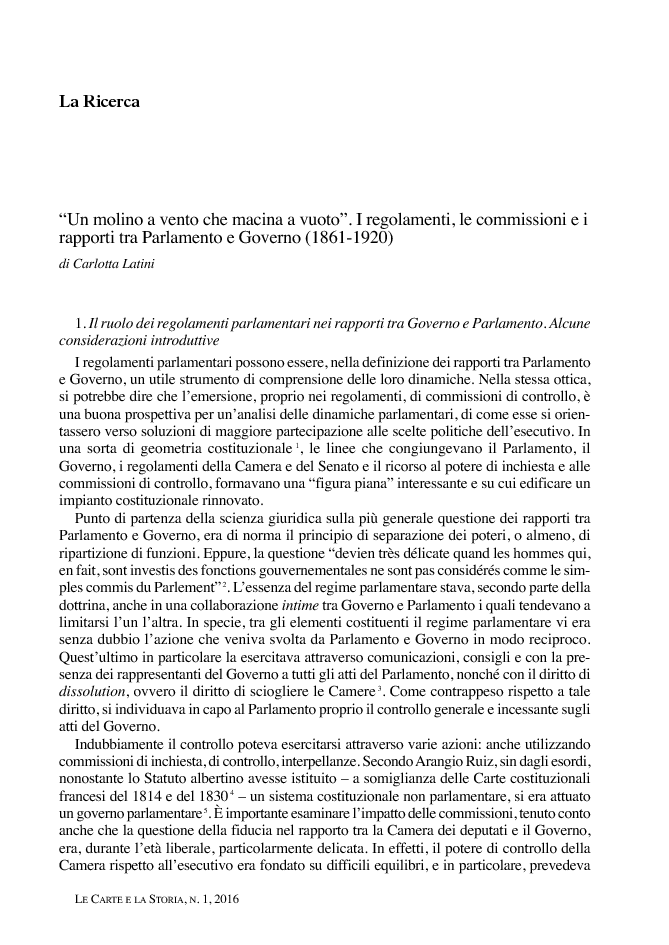